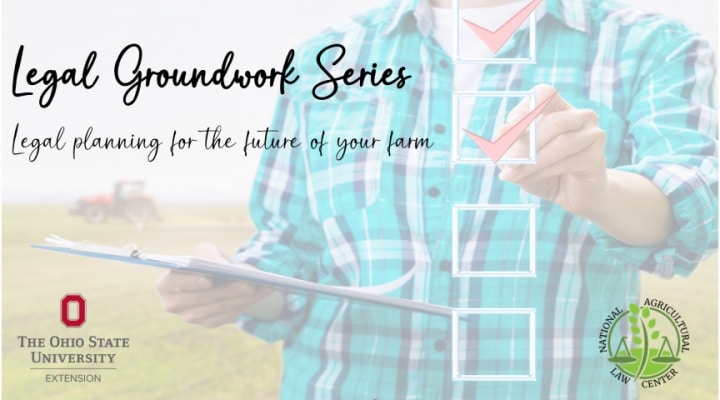 In an effort to address the right-to-repair issue, the American Farm Bureau Federation (AFBF) and John Deere recently entered into a memorandum of understanding (MOU) in which Deere agrees to provide access to documentation, data and diagnostic tools used by the company’s authorized dealers. (OSU CFAES)

COLUMBUS, Ohio — As farm machinery has become more complex and reliant on computer software, the right-to-repair issue has become a prominent issue in the farm community. Farmers are sometimes prevented from repairing their own equipment because they do not have access to needed diagnostic tools or are otherwise barred due to embedded software. Farmers have voiced their criticism of manufacturers as right-to-repair has become a prominent issue in the agricultural community.

In an effort to address the right-to-repair issue, the American Farm Bureau Federation (AFBF) and John Deere recently entered into a memorandum of understanding (MOU) in which Deere agrees to provide access to documentation, data and diagnostic tools used by the company’s authorized dealers. This development was likely a response to pressure that Deere and other manufactures were under to allow right-to-repair. New York recently passed a right-to-repair law and Senator Tester introduced right-to-repair legislation in the U.S. Senate earlier this year.

The issue of right-to-repair is related to a user’s license. The term “license” has a specific meaning under the law.  Someone who holds a license for a product is allowed to use the product but does not own the product. In 2016, Deere began using a user’s license for the software in its machines. Essentially, when a customer would buy a machine from Deere, the buyer had ownership of the steel but did not own the software that makes the machine operate.

The software license worked reasonably well for many years. The vast majority of software users were oblivious to the license agreement and continued using the software as they always had.  The licensing arrangements help protect the software developers’ intellectual property. However, in the last 20 years or so, software began to be embedded in electronic devices blurring the lines between the software and the hardware. A new tractor seems to be as much a computer running software as it does a power unit pulling implements.

The integration of software into farm machines came to light in 2016 when John Deere implemented a software user license agreement to presumably protect its intellectual property. Its licensing agreement clearly stated that reverse engineering or copying of the software is prohibited. However, Deere seems to have taken it one step further. Farmers and independent repair shops were prohibited from having the diagnostic tools and manuals required to make repairs. This denial of diagnostic tools effectively made it impossible for farmers and independent mechanics to make repairs on some John Deere equipment. Many people in the farm community expressed their concern about the license agreement and saw it as a scheme to keep the repairs, and the fees from those repairs, all within the John Deere dealer network.  Farmers wanted to be able to repair their own equipment, or use other independent third parties, to potentially save money and to have more timely service, especially during busy times like planting and harvest.

While it is impossible to foresee all the future implications for an agreement like the one between AFBF and Deere, it does seem that it is a reasonable compromise. Farmers can now have access to diagnostic tools to allow for self-repairs while Deere keeps ownership of its software. Critics argue the agreement does not go far enough and Deere still has too much control over self-repairs. We will see over the next few years if the agreement is, in fact, a reasonable compromise.

It is noteworthy that the agreement between AFBF and John Deere is memorialized within a Memorandum of Understanding. For those not familiar with an MOU, there may be some curiosity as to its legal context. MOUs are most often used at the beginning of a negotiation to ensure that both parties are starting with the same understanding of their current positions, to make clear what each party is seeking from the negotiation and that it is worthwhile for both parties to move forward. Unlike a contract, an MOU is generally not legally enforceable. Because the agreement is an MOU, neither AFBF nor Deere is legally bound to its terms. Neither party has legal recourse if the other party does not honor its commitments as outlined in the MOU. If either party reneges on its commitments, the party at fault will likely receive criticism in the public opinion realm but will likely have no legal liability.

The John Deere software licensing issue is a good example of how new technology can require new strategies and concepts in the law. Prior to the 1980s, copyright law had worked just fine for books and movies but it did not work well for the new medium of software. So, the concept of software licenses was developed to address the threats to the software industry. Twenty years later when the line between software and hardware began to blur, software licenses were again modified to protect the developer of the software. In the case of John Deere, perhaps they went a bit too far in enforcing their licenses. The threat of unfavorable legislation and criticism from customers probably caused John Deere to walk back their stance on prohibition of diagnostic tools to allow self-repairs. Hopefully, the agreement between John Deere and AFBF has found a reasonable middle ground that benefits all parties. 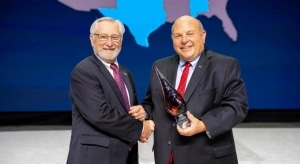 BLOOMINGTON, Ill. — Farm bill 2023 and sustainability efforts remained top of mind as more than 4,000 farmers across the country gathered during the 104th Annual Convention of the American Farm Bureau Federation (AFBF). The event, held Jan. 6-11 in San Juan, Puerto Rico, was themed “Mi Familia” and brought together 338 voting delegates, including […] 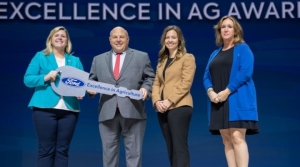 MACON, Ga. — Georgia Farm Bureau was well-represented at the 104th American Farm Bureau Federation Convention held in San Juan, Puerto Rico, Jan. 6-11. GFB’s delegation of about 120-members and staff attended educational workshops, heard from inspirational speakers and had a chance to soak up the sun and culture of the U.S. territory. During the […] 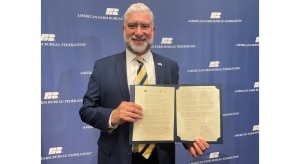 SAN JUAN, Puerto Rico – Nebraska Farm Bureau (NEFB) is very pleased with the newly signed Memorandum of Understanding (MOU) between American Farm Bureau Federation (AFBF) and John Deere that will ensure farmers’ and ranchers’ right to repair their tractors and other implements. The landmark MOU is the culmination of several years of discussions with […] 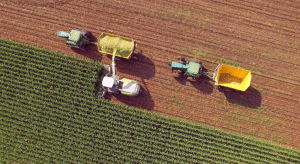 WASHINGTON — The American Farm Bureau Federation and John Deere signed a memorandum of understanding that ensures farmers’ and ranchers’ right to repair their own farm equipment. The MOU, signed at the 2023 AFBF Convention in San Juan, Puerto Rico, is the culmination of several years of discussions between AFBF and John Deere. “AFBF is […] 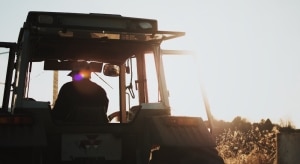 Without 'right to repair,' businesses lose time and money

WASHINGTON — As software and other technologies get infused in more and more products, manufacturers are increasingly making those products difficult to repair, potentially costing business owners time and money. Makers of products ranging from smartphones to farm equipment can withhold repair tools and create software-based locks that prevent even simple updates, unless they’re done […]