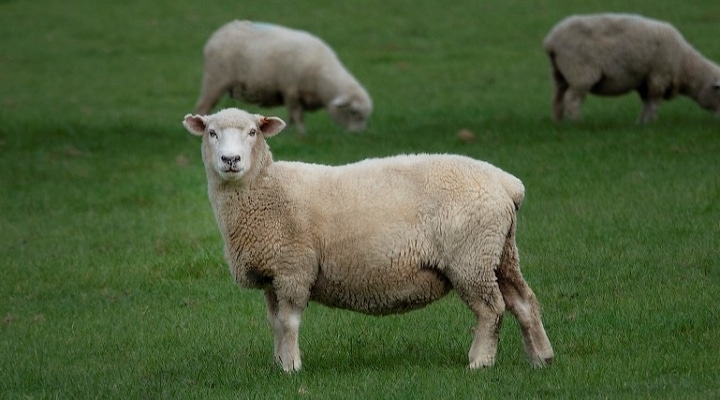 DENVER — Duckworth might be among the premier fine-wool, American-made clothing companies, but it didn’t get that way overnight. Joe and Aggie Helle proved to be company cornerstones thanks to their efforts at constantly improving the family ranch’s wool clip, which provided Duckworth with the raw, natural fiber needed to produce its performance products.

For their efforts, Joe and Aggie have been chosen as the 2020 Wool Excellence Award winners by members of the Wool Roundtable. While Joe passed away in October 2019, Aggie will accept the award this month at the ASI Annual Convention in Scottsdale, Ariz.

“We just always enjoyed working with and promoting wool,” said Aggie, whose father bought his first Rambouillet sheep in the 1940s. “My dad was always keen on white-faced, fine-wool sheep. When Joe and I started in sheep in 1967, we bought a band of sheep from my family. I’d always been involved in helping dad on the ranch. I can even remember trailing a band 15 miles to town when I was 14 years old.”

Joe, who spent his childhood summers on a ranch his grandmother worked on, had a background in range ecology. But he took to the sheep quickly. As they learned the business, both Joe and Aggie took on leadership roles.

“Everything they did, they did together,” said their son John, who took the family’s ranching operation to a whole new level with the development of Duckworth. “It was always a team effort with them. Dad also did a lot with Center of the Nation Wool to get that started. They were always supportive of the industry and didn’t have a problem putting their time and money into it because they realized that it would help everyone, including our ranch.”

Joe joined with a group of Montana ranchers to lobby for the Wool Trust that was established with help from then Montana Sen. Max Baucus. The Wool Trust financially supports ASI’s marketing of American wool both domestically and internationally.

“My husband was a humble man, but also very capable and talented,” Aggie said. “We’ve been supportive of the wool and sheep industry since before ASI even existed, so I’m happy to accept this award.”

Joe also served as chief product tester for Duckworth. A longtime fan of wool, he wore Pendleton shirts, fine wool suits and wool socks in the years before new manufacturing processes developed wool that could be worn next to the skin.

“He became one of my first product testers, and he wore Duckworth products all the time. That’s just who he was. He was always wanting to do more and more with our wool, and he was my greatest supporter on the ranch. He was a great sounding board when we started developing Duckworth.”

ASI Deputy Director Rita Samuelson worked with Joe on the Wool Council and saw first-hand his commitment to developing a flock that would produce quality American wool. She also has found memories of Aggie’s time running the Make It With Wool contest.

“Aggie coordinated such wonderful shows at the annual Make It With Wool banquet,” Samuelson said. “And Joe was always a champion for the American wool industry. He definitely practiced what he preached by building outstanding genetics in his Montana flock. His practices and his passion have already fueled two generations who have followed in his footsteps and continue to be innovators within our industry.”

The Wool Excellence Award will be presented during the Wool Recognition Lunch on Thursday, Jan. 23, beginning at 11:30 a.m. A ticket is required to attend the lunch.