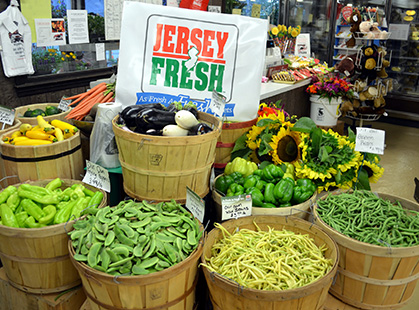 “The Garden State” is more than just a slogan for many New Jerseyans, as 95 percent of registered voters believe that having a strong farming industry is important to the overall economic health of the state. (New Jersey Department of Agriculture)

MADISON, N.J. — “The Garden State” is more than just a slogan for many New Jerseyans, as 95 percent of registered voters believe that having a strong farming industry is important to the overall economic health of the state. The most recent statewide survey from Fairleigh Dickinson University’s PublicMind and the New Jersey Farm Bureau finds attitudes that are likely to make farmers in the state smile. Seventy percent offer the strongest endorsement of farming’s importance to state’s overall economic well-being.

Three quarters (74 percent) say they have heard of the slogan “Jersey Fresh,” a number that is up significantly from 2016 (67 percent). Awareness runs deep, with a majority of all groups indicating familiarity with the slogan. Moreover, 59 percent say they seek out the Jersey Fresh label when shopping for produce. Farming is also seen by many as an important part of conservation, as nearly 9 in 10 (88 percent) believe farming is an environmentally friendly use of the land. Only six percent say farming hurts more than helps the land.

“The Jersey Fresh marketing brand by the Department of Agriculture has a 30-year tradition,” said NJ Farm Bureau President Ryck Suydam. “It is nice to see that it has made a strong impression with New Jersey consumers.”

Finally, residents were asked about management plans for deer on government-owned lands and a majority (57 percent) believe there should be plans in place to limit the damage caused by deer and other wildlife. The damage these animals do to cars, crops, and other vegetation weighs heavily on many minds, as 75 percent believe the plans should include deer hunting. Men (84 percent) are stronger supporters of hunting than are women (66 percent). Those in the Northwest (87 percent) are among the strongest supporters of allowing hunting. Despite being the strongest supporters of any management plans, Millennials (18-34) are less likely than older residents to support hunting deer as a means of controlling damage (57 percent).

“We are heartened by this support from the public, particularly the compatibility of farming with open space/environmental quality and the need for wildlife management,” said Farm Bureau executive director Peter Furey. “And we hope the incoming administration and legislators take note.”