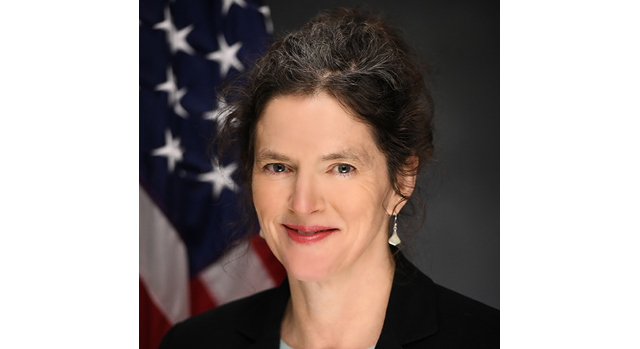 “I have always taken a problem-solving approach to this job, and focused on the real needs of the rural communities and towns I represent, like combating climate change, closing the broadband gap, expanding affordable access to telehealth, and protecting our water, farmland, and other resources,” said Senator Jen Metzger (SD-42). “These are people issues, not partisan issues, and it has been an honor to serve as State Senator for communities in the Hudson Valley and Catskills.” (The Office of NYS Senate Agriculture Committee Chair Jen Metzger)

HUDSON VALLEY, N.Y. — After serving as a New York State Senator for the 42nd District over the last two years, Senator Jen Metzger’s first term in office will conclude at the end of December. Metzger, who represents constituents in all of Sullivan County, and parts of Orange, Ulster, and Delaware Counties, is reflective of the measurable progress she made in a single term. Her legislative initiatives addressed a diverse range of issues at the state and local levels, and 31 of her bills have been signed into law since taking office, all of which were passed with wide bipartisan support.

“I have always taken a problem-solving approach to this job, and focused on the real needs of the rural communities and towns I represent, like combating climate change, closing the broadband gap, expanding affordable access to telehealth, and protecting our water, farmland, and other resources,” said Senator Jen Metzger (SD-42). “These are people issues, not partisan issues, and it has been an honor to serve as State Senator for communities in the Hudson Valley and Catskills.”

With a long record of work on energy and climate issues before entering the State Senate, including in local government and in her role as Director of Citizens for Local Power, Senator Metzger has been a leading voice in the State Legislature for action to tackle climate change and shift to a clean energy economy. She was an active member of the Senate’s workgroup on the nation-leading Climate Leadership and Community Protection Act (CLCPA), which was signed into law in July of last year, and she introduced a package of six bills to advance clean transportation in New York State. Among these was a bill (S5820), now law, intended to address gaps in electric vehicle infrastructure statewide. Senator Metzger also led efforts in the State Legislature to permanently ban high-volume hydraulic fracturing, or “fracking,” in New York, introducing legislation (S6906) on the fifth anniversary of the state’s administrative fracking ban last December. A ban was passed four months later as part of the 2020-2021 State Budget. “Shifting to a clean energy economy in New York provides an unprecedented opportunity to create thousands of good jobs in our rural communities and achieve true energy independence that does not rely upon fossil fuels imported from outside the state and the country,” said Senator Metzger.

ADVOCATING FOR BROADBAND FOR ALL

As a strong advocate for addressing deficiencies in rural broadband service across New York State, Senator Metzger has routinely stood up to telecommunications companies on behalf of constituents since she took office and introduced legislation (S8805) intended to close the gaps statewide. “Long before COVID-19, lack of access to high-speed internet had limited economic and educational opportunities in rural districts like mine. If we want to ensure equal opportunity in today’s world and chip away at the urban-rural and rich-poor gaps, then we need to make sure that every New Yorker has affordable access to broadband,” said Senator Metzger. Her bill, the Comprehensive Broadband Connectivity Act, recognizes access to high-speed internet as a right of all New Yorkers and essential to economic and social well-being and public safety. Passed nearly unanimously in both houses, the bill would require the state to determine the gaps in broadband statewide so that they can finally be remedied. In Sullivan County, Metzger partnered with the County to direct $425,000 State and Municipal Facilities Capital (SAM) funding to a wireless broadband project to help address major gaps in service there as well.

INITIATIVES AS CHAIR OF THE SENATE AGRICULTURE COMMITTEE

As Chair of the Senate Agriculture Committee and the representative of a largely rural district with some 2,000 farms, Senator Metzger has sought to impress upon her urban and suburban colleagues the challenges that New York farms face, including higher costs, labor shortages, and a changing climate that is causing more extreme weather, exacerbating problems with pests and plant diseases. Metzger introduced nearly 20 bills to tackle these challenges, expand New York markets for New York farm products, and capitalize on new opportunities for agriculture, including through a nation-leading law (S6184A) to create a framework for the production, processing, and sale of hemp and CBD products. Senator Metzger also secured grants to support local agriculture in the district, including a $250,000 state grant for the Town of Warwick to purchase hemp trimming and testing equipment to rent to farmers, reducing the costs to local farms of diversifying into this high-value commodity. To strengthen the resilience of farms to severe storms in the particularly vulnerable Black Dirt Region, Metzger also secured a $400,000 grant for flood mitigation along the Wallkill River.

While New York was on PAUSE, the State Legislature continued to meet remotely to address challenges facing New Yorkers in the midst of a public health crisis and severe economic contraction. Senator Metzger sponsored a bill (S8416), now law, to expand affordable access to telehealth services, and co-sponsored legislation covering a range of statewide needs during the state of emergency and beyond, including much-needed relief to New Yorkers facing COVID-related financial hardship, assistance to small businesses to operate safely, consumer protections from rampant price gouging, and improved emergency preparedness in residential healthcare facilities.

In her district, Senator Metzger and her staff undertook a number of initiatives to keep constituents informed during a time of great uncertainty and a constant stream of new information. Her office developed and constantly updated an Information & Resource Guide with accurate information on the COVID-19 outbreak and actions being taken at state, federal, and local levels that were important for constituents and businesses to know about. The Senator also hosted a COVID-19 online series, Community Conversations, featuring local experts knowledgeable on selected topics important to Hudson Valley and Catskill communities during the pandemic. Discussions were centered around food insecurity, education resources for students, teachers, and families, the local EMS system, mental health awareness, and more.

Much of Senator Metzger’s district work focused on helping constituents directly with challenges they faced. Her office directly assisted thousands of residents navigate Unemployment Insurance benefits amid COVID-19 job loss, among other services. Metzger also launched a major distribution of hand-sanitizer around the district to food pantries, libraries, and local businesses, and provided face-coverings for farmers, farmworkers, and farmers’ market vendors and customers.

A top priority of Senator Metzger’s was to improve government accountability and expand participation in the democratic process. Metzger has consistently refused all contributions from businesses and corporate lobbyists to her campaigns, and the first bill she introduced as a State Senator was a bill to ban corporate contributions to candidates (S1013A). She is also a co-sponsor of legislation, now law, to close the “LLC loophole,” limiting political spending by LLCs and making contributions by those entities transparent. Metzger co-sponsored major election reform legislation, including bills to enable early voting, no-excuse absentee voting, and automatic voter registration. Senator Metzger also introduced legislation to standardize voting hours in primaries across the state, from 6:00 am to 9:00 pm, effectively expanding voting hours in the many counties that did not open polls until noon. The legislation was passed as part of the 2019 budget.

In the first weeks of her term, Senator Metzger helped move forward important legislation to protect reproductive health that had long been stalled under the previous Senate majority. She was the lead sponsor of the “Boss Bill” (S660), which ensures that employees and their dependents are able to make decisions about their reproductive healthcare without fear of reprisal from their employers. She also co-sponsored the Reproductive Health Act, codifying Roe v. Wade and insulating New Yorkers’ reproductive protections from federal interference, as well as the Comprehensive Contraceptive Coverage Act to ensure affordable access to the full range of contraceptive care.

Senator Metzger has sought to strengthen protections for survivors of abuse and ensure they get the justice they deserve. She co-sponsored and helped pass the Child Victims Act and supported a number of bills to protect survivors of domestic violence. She also worked with Fearless! Hudson Valley Inc. on legislation (S8954A) that she introduced this fall to require every judge, justice, and court clerk who handles matrimonial, family court, and criminal matters in New York State to attend domestic violence training as part of their mandatory judicial training and education requirements.

A major priority of Senator Metzger’s was to address challenges facing the veteran community, particularly in the area of mental health. She introduced a bill (S6712) to designate September 22 as Veterans Suicide Awareness and Remembrance Day, which passed the Senate this year, and secured new state-funded Joseph P. Dwyer Veteran Peer Support Programs for Sullivan and Ulster Counties to help veterans suffering from post traumatic stress disorder (PTSD), traumatic brain injury, and other mental health issues. She also secured funding for veterans transportation and housing projects in the district, and hosted a series of veterans resources fairs in Ulster, Sullivan, and Orange counties to connect veterans in her district with veterans programs and services.

During her two years in office, Senator Metzger saw passage of important “local bills” she introduced, including a bill (S2611) to protect the Roscoe Central School District from losing $1.1 million in building aid penalties. She also introduced a bill (S6235) that extends the Community Preservation Act to Ulster County to help communities protect their unique natural, historic, agricultural, and scenic resources for the benefit of current and future generations. New Paltz became the first town in the County to join the Ulster County CPA, passing with 72% of the voters’ support in a November referendum. Two Middletown bills were also signed into law, one enabling the school district to set up an insurance reserve fund and another to relieve the City from antiquated restrictions limiting the plumbers the city could hire. Additionally, the Senator sponsored S7897B to designate a New York State Route 30 bridge in Downsville as the “Colchester Veterans Memorial Bridge” and S6254 to rename the portion of State Highway 97 in the town of Fremont as the “Specialist Allan Milk Memorial Bridge”—both of which were signed into law.