Home / New Jersey / JCNERR and NJDEP partner to communicate coastal flood risk in N.J.
A new user experience is coming! We'll be asking you to login to your Morning Ag Clips account March 1st to access these new features.
We can't wait to share them with you! Read more here. 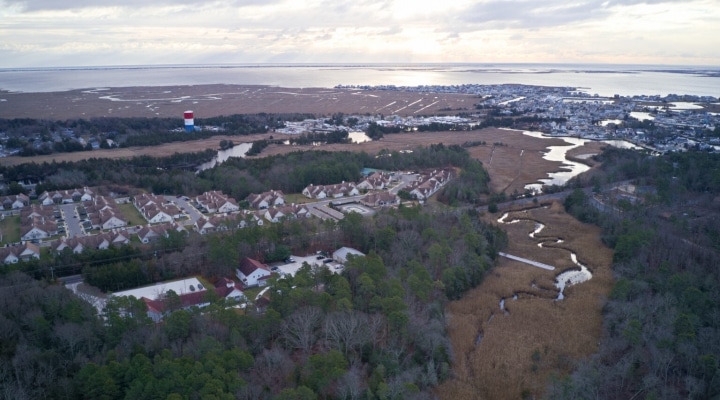 The Jacques Cousteau National Estuarine Research Reserve (JCNERR), which encompasses more than 115,000 acres of forested uplands, wetlands, aquatic habitats and barrier islands, is known among coastal practitioners in the state as a resource for tools and information to help communicate coastal flood risks in New Jersey.

NEW BRUNSWICK, N.J. — The Jacques Cousteau National Estuarine Research Reserve (JCNERR), which encompasses more than 115,000 acres of forested uplands, wetlands, aquatic habitats and barrier islands, is known among coastal practitioners in the state as a resource for tools and information to help communicate coastal flood risks in New Jersey. Managed by Rutgers NJAES in partnership with the National Oceanic and Atmospheric Administration (NOAA) and located in Tuckerton, NJ, JCNERR is one of the 29 national estuarine reserves created to promote the responsible use and management of the nation’s estuaries through a program combining scientific research, education and stewardship.

JCNERR partnered with the New Jersey Department of Environmental Protection (NJDEP) in May to launch New Jersey MyCoast to help communicate potential flood impacts, considered the first step to raising awareness and decreasing flood risks. Envisioned as the go-to public tool to document flooding in all of New Jersey’s coastal areas – from tidal rivers, to bays, to estuaries to ocean – MyCoast was designed to empower residents to connect flood impacts with the coastal places where they live, work and play. New Jersey is the 10th state nationwide to establish a MyCoast portal, which is funded by NOAA through the NJ Coastal Management Program.

Kicking off the launch was a King Tide Photo Contest that ran from May 24-29, during which time the highest tides of the year were predicted for the Mid-Atlantic. More than 55 photos of flooding in communities across New Jersey were submitted to the contest and winners were voted on by the public in three categories, based on the source of the flooding in the photo: Ocean, Bay, or River/Stream. Approximately 340 individuals voted for their favorite photo in each category that best showed the vulnerability or resilience of people, places and things impacted by flooding in New Jersey’s coastal communities. On June 21, the winning entries were announced and can be viewed on the JCNERR and MyCoast websites.

MyCoast also provides daily and monthly tide times and predicted water levels for tide stations across New Jersey. The tide information is sourced from the NOAA Tides and Currents website, providing New Jersey-specific data through a simplified, user-friendly interface. This complements a related Coastal Risk Communications Campaign that JCNERR and NJDEP are running this summer, based around the central theme of Know Your Tides, New Jersey.

This theme was selected because of the broad importance of tide awareness. Not only is it relevant in all coastal areas of the state — from ocean, to bays, to tidal rivers and streams–, it is important for both residents and visitors in coastal communities to avoid flood impacts and make the most of summer fun. For example, knowing when the tide is high helps people to avoid flooded roadways and to know when to evacuate in case of a major storm. Knowing when the tide is low or high is also important for coastal activities like boating, fishing and beachgoing.

Messages about these valued coastal activities were paired with flood risk messages to increase public awareness. JCNERR partnered with informal education organizations across the state to develop and promote the campaign, which includes social media, graphics, and other materials meant to build public awareness of coastal flood hazards and encourage actions to decrease risk.