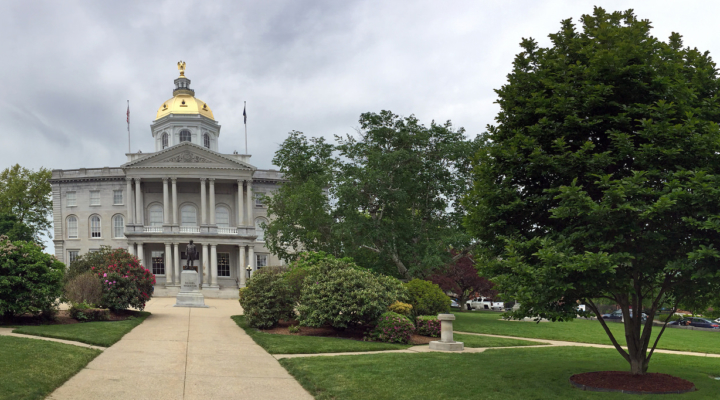 Jasper said Thursday that if he becomes commissioner, he will resign from the House and back Deputy Speaker Gene Chandler, R-Bartlett, to fill his term as speaker. The Legislature reconvenes in January. (cappi thompson, Flickr/Creative Commons)

Gov. Chris Sununu said Thursday he has asked Jasper, a fellow Republican, to seek the top position at the Department of Agriculture, Markets and Food. The current commissioner, Lorraine Merrill is retiring at the end of the year after two, five-year terms.

“It is not a position that I sought out, however it is the only position for which I would even consider stepping down as the Speaker of the House, a role that I have cherished,” said Jasper, who is in his 12th term representing Hudson and his second as speaker. “I am hoping that I can continue the good work of Commissioner Lorraine Merrill and to serve the people of this great state by guiding the agriculture community into the future.”

In 2014, support from Democrats lifted Jasper to an upset win for the speaker’s job over former Speaker Bill O’Brien, who had been the Republican nominee for the post. He faced three challengers in 2016 and won by just five votes.

Jasper said Thursday that if he becomes commissioner, he will resign from the House and back Deputy Speaker Gene Chandler, R-Bartlett, to fill his term as speaker. The Legislature reconvenes in January.

The Executive Council would need to confirm a new commissioner. But before that, it would consider candidate recommendations by the state agricultural advisory board.

Sununu said Jasper has been immersed in New Hampshire’s agricultural community his entire life, as evidenced through his extensive involvement as a lifelong member of the Future Farmers of America Alumni Association and his family’s poultry business.