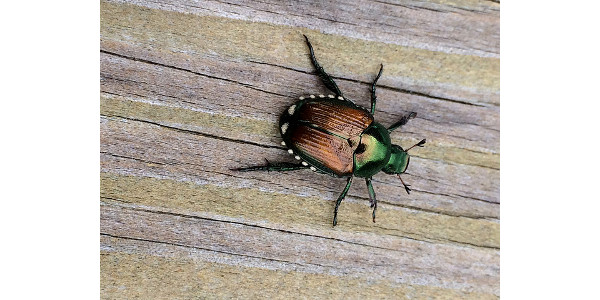 OLYMPIA, Wash. — Potted plants, grass clippings, and even leaves will be restricted from movement outside of the Grandview area beginning Sept. 15.

Washington State Department of Agriculture (WSDA) adopted a quarantine, limiting movement of certain items in the infested area in an effort to prevent the spread of the invasive Japanese beetle.

The adoption of this rule amends the existing quarantine that prohibits movement of items into the state from known infested areas outside of the state. With the new adoption, the rule now also regulates a 49-square mile area near Grandview within the state itself.

The rule restricts movement of several items including:

WSDA conducted extensive outreach to the public and businesses potentially impacted by the proposed quarantine, culminating in a public hearing held Aug. 2. WSDA Director Derek Sandison adopted the rule Aug. 15, and the rule will become effective 31 days after filing, Sept. 15. Full details on the rule-making process are on the WSDA rule-making webpage.

After the summer flight season for the beetles concludes, WSDA will determine if emergency rulemaking may be necessary to expand the quarantine area to include additional areas of infestation. To date, WSDA has confirmed sightings in Wapato, Richland, Mabton, Sunnyside, and Outlook – all outside of the current quarantine boundaries.

State officials are urging growers and community members in Yakima, Benton, and Franklin counties to monitor for these beetles. Growers can consult crop protection specialists and community members can consult WSU extension’s website for guidance on protecting their crops and gardens from this invasive pest. WSDA mapping specialists created a real-time detection map that growers can use to determine how close they are to known Japanese beetle detections.

How far have the beetles spread?

WSDA is seeking the public’s help in determining exactly how far the infestation has spread.

With these new detections spread along I-82, WSDA is asking residents – especially in Yakima, Benton, and Franklin counties – to look for and report Japanese beetles on their property.

If you live in Washington state and think you see a Japanese beetle, please snap a photo and report the sighting online.

“A photo is imperative to helping us identify the beetles,” Acosta added.

Japanese beetle adults are metallic green and brown and have little tufts of white hair on their sides. They emerge – usually from lawns or in other soil – in the spring and feed throughout the summer. From fall to spring the grubs (larvae) overwinter in the soil and slowly develop into mature adults ready to emerge again in the spring.

How can I help?

Community members can help by trapping, reporting, and killing the beetles on their properties. Residents must also follow the quarantine to prevent spreading the beetles.

To limit the need to move yard debris and other plant material outside the quarantine area, WSDA has established a drop-off site. Businesses and residents can take all accepted items to the Japanese Beetle Response Yard Debris Drop-Off at 875 Bridgeview Rd., Grandview, WA 98930. There is no charge for disposal.

The site is open Monday – Friday from 7:30 a.m. to 3 p.m. Alternate days will be determined and announced at agr.wa.gov/beetles.

With the new quarantine, those moving out of the quarantine area will not be able to take any of the regulated items with them.

In 2020, WSDA first discovered just three Japanese beetles in the Grandview area. Last year the department trapped more than 24,000 beetles. So far this year, teams have caught more than 18,000 beetles. Japanese beetles are highly invasive pests of more than 300 plants, including roses, grapes, and hops. The adult beetles damage plants by skeletonizing the foliage. Adults also feed on buds, flowers, and fruit on the plants and are frequently intercepted with air cargo from the Eastern U.S.