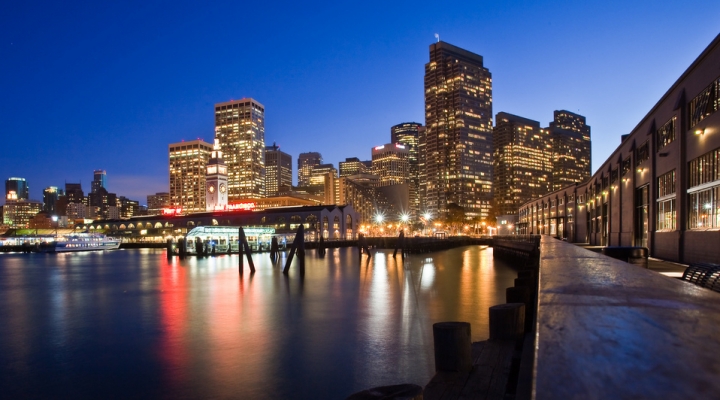 The National Cattlemen's Beef Association and the National Pork Producers Council in the United States say they have become less competitive in Japan since the U.S. withdrawal from the TPP. (john wolfe, Flickr/Creative Commons)

WASHINGTON — Japan could gain a stronger footing in trade talks with the United States by leveraging the broad agreement on free trade it has reached with the European Union.

Japan and the European bloc reached an agreement on Thursday after four years of talks to remove or lower tariffs on a wide range of products under common trading rules to spur their economic growth.

The Japan-EU deal, which covers nearly a third of the global economy, may well push U.S. companies to urge President Donald Trump to secure a similar pact so as not to fall behind their European rivals in the Japanese market, some analysts said.

The need to meet demand from the business side after Trump pulled the world’s No. 1 economy out of the Trans-Pacific Partnership and Tokyo’s preference for a multilateral trade framework could even press the U.S. administration to reconsider to join the TPP again, they said.

“The Trump administration will be under greater pressure from domestic meat producers to conclude some kind of deal with Japan after the Japan-EU deal,” Junichi Sugawara, a trade policy expert at Mizuho Research Institute, said.

Prime Minister Shinzo Abe will also find it less necessary for the time being to stick to Washington’s call for talks on bilateral trade as long as Japan, the world’s third-biggest economy, can reap benefits from the pact with the European Union.

Free trade initiatives are a key economic strategy for Abe to tap into growing overseas markets to offset a projected drop in domestic demand due to Japan’s declining population.

Japan is a member of the TPP and is also in other multilateral trade talks such as the 16-member Regional Comprehensive Economic Partnership.

The premier vowed to “continue to closely communicate” with Trump and explain the economic and strategic significance of the TPP while acting as a bridge between the remaining TPP countries and Washington.

In addition to withdrawing from the TPP, Trump is reviewing other multilateral trade agreements such as the North American Free Trade Agreement, saying that they could result in the loss of U.S. jobs.

Japan, on the other hand, is looking to move ahead with the TPP without the United States. It plans to host a meeting of chief negotiators from 11 member countries in the spa-resort city of Hakone near Tokyo next week.

“For Japan to say no to bilateral free trade talks with the United States, it needs to have other options. In that sense the Japan-EU agreement is a positive,” said Keisuke Hanyuda, partner at Deloitte Tohmatsu Consulting.

Japan is now not in a rush to conclude a bilateral trade pact with the United States after having gained freer access to the EU market, said Hanyuda, a former Japanese trade ministry official involved in discussions on free trade talks.

“In any trade negotiations, it is important to have tools. While Japan has gained a Japan-EU card in addition to the TPP, the United States, having withdrawn from the TPP, really has no card to play in trade policy in Asia.”

Japan is pursuing multilateral deals as the involvement of more parties can lessen the risk of being forced into an unbalanced agreement by a country in bilateral trade talks.

The United States is one of the most important security allies for Japan at a time of rising North Korean threats and Chinese assertiveness. Tokyo is concerned that Washington might try to use its role in Japan’s security to secure a more favorable trade agreement in one-on-one talks, some analysts said.

Trump is aiming to improve the U.S. trade deficit of $69 billion with Japan. U.S. Vice President Mike Pence and Japanese Deputy Prime Minister Taro Aso launched a high-level bilateral economic dialogue in April, an initiative which could eventually become a platform for discussions on a bilateral free trade agreement.

But Sugawara at Mizuho Research said the Japan-EU deal will help put Japan in a stronger position in talks with the United States.

“Dissatisfaction (in the U.S. meat industry) could grow to the point that Congress or the Trump administration cannot ignore” and prompt Washington to make concessions or soften its stance on Japan, Sugawara said.

The National Cattlemen’s Beef Association and the National Pork Producers Council in the United States say they have become less competitive in Japan since the U.S. withdrawal from the TPP.