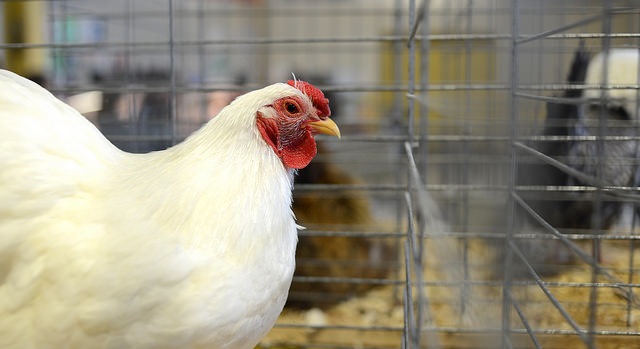 The farm notified the prefectural government of a suspected bird flu case Wednesday morning, saying 55 chickens in one of its poultry houses had died. (John Donges, Flickr/Creative Commons)

TOKYO — An outbreak of highly pathogenic avian influenza was confirmed Thursday at a poultry farm in western Japan’s Kagawa Prefecture, according to the prefectural government, making it the first bird flu case affecting livestock in Japan this season.

As the chickens tested positive in genetic tests, the Kagawa prefectural government plans to cull around 91,000 chickens at the farm in the city of Sanuki.

The farm notified the prefectural government of a suspected bird flu case Wednesday morning, saying 55 chickens in one of its poultry houses had died.

In preliminary tests, three of 11 chickens tested positive. Genetic exams on the chickens began Wednesday, and authorities confirmed their results on Thursday.

Any movement of poultry and eggs will be restricted in a radius of 3 kilometers from the infected site and farms within its 10-km radius will be banned from transporting birds and eggs out of the area.

The farm has stopped shipping chickens elsewhere and the prefectural government has cleaned the area with disinfectants.