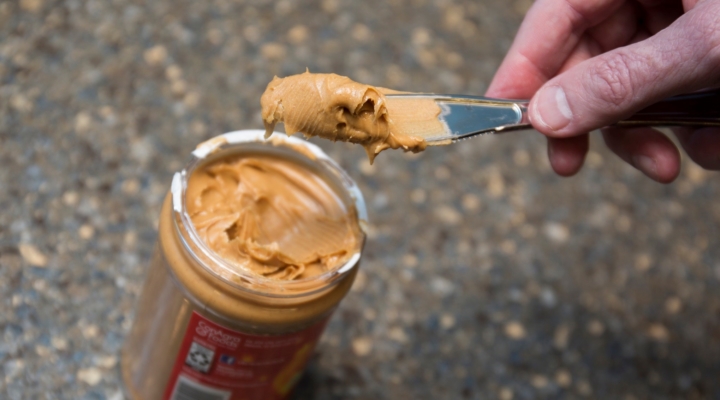 Did you know? The average American schoolchild will eat about 1,500 peanut butter and jelly sandwiches by the time he or she graduates from high school. (Courtesy Photo)

GAINESVILLE, Fla. — The peanut butter sandwich is about as American as baseball, hot dogs and apple pie. But history tells us its origins date back to the ancient Incas and Aztecs. All these years later, peanut butter remains a staple in many people’s diets, so celebrate the spread on National Peanut Butter Day, Jan. 24.

Initially, peanut butter was marketed as a protein substitute for people who had trouble chewing. In 1903, Ambrose Straub patented a peanut butter-making machine.

Today, most of us think of peanut butter as something to add to certain foods, or to spread on bread for a healthy snack. According to Kaley Mialki, youth programs specialist with the UF/IFAS Extension Family Nutrition Program, peanut butter contains the following nutrients and compounds:

So, how did peanut butter become so popular? For this answer, we return to the National Peanut Board, which says the peanut butter and jelly sandwich became very popular with U.S. Army service members during World Wars I and II.

“I think peanut butter sandwiches are popular because they are nutritious, budget-friendly and easy to prepare,” Mialki said.

As an example of the convenience of peanut butter on sandwiches, the average American schoolchild will eat about 1,500 peanut butter and jelly sandwiches by the time he or she graduates from high school, according to the Peanut Advisory Board, a nonprofit organization dedicated to research on the nutritional value of peanuts.

Speaking of research, studies show that eating peanuts is associated with decreased mortality and reduced cardiovascular disease risk. Eating the legume may also help reduce the risk of developing diabetes and help protect against cancer.

“Peanut butter is a well-balanced food that provides a lot of nutritious bang for your buck,” Mialki said. “It’s important to keep portion sizes in mind because just two tablespoons of peanut butter contain about 200 calories.”