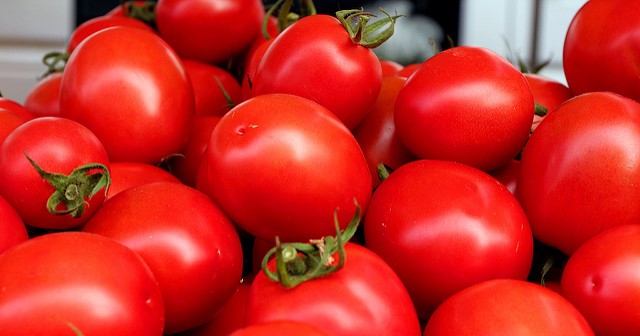 Founded in 1991, Farm Share rescues that discarded produce and gets it to the needy, along with food from the U.S. Department of Agriculture, Walmart, Walgreens and other area donors. Statewide the nonprofit and its five regional warehouses distribute about 40 million pounds of food annually through 2,000 agencies — all for free. (Sharon Mollerus, Flickr/Creative Commons)

JACKSONVILLE, Fla. (AP) — Once or twice a week Wayne McNeil heads to the Farm Share warehouse on Jacksonville’s Eastside to pick up free produce, meat, eggs, rice and beans and whatever else is available. He takes it back to his church, Pleasant Grove Primitive Baptist on the Northside, where it is distributed to the needy in his community.

The food “means everything” to low-income families trying to make ends meet and seniors living on fixed incomes, he said.

McNeil has been making trips to the Jessie Street food bank warehouse for years and through several management changes. He kept coming, through all the changes, to help his neighbors.

“I’m still here,” he said. “You have to be passionate about this.”

Three years ago Homestead-based Farm Share took over the warehouse, where a 10-member staff and volunteers now distribute about 13 million pounds of food a year to 11 counties through 110 nonprofit organizations like the Pleasant Grove church and at food giveaway events. Farm Share designated March as No Produce Left Behind Month to bring attention to the “perfectly good” fruits and vegetables discarded by farms because they do not have the proper appearance or size to be sold commercially.

Founded in 1991, Farm Share rescues that discarded produce and gets it to the needy, along with food from the U.S. Department of Agriculture, Walmart, Walgreens and other area donors. Statewide the nonprofit and its five regional warehouses distribute about 40 million pounds of food annually through 2,000 agencies — all for free.

“We’re constantly either delivering or picking up,” said Gerald Sweatt, facility manager at the Jacksonville warehouse. “It is very, very rewarding. Challenging, but rewarding.”

A June 2017 food giveaway at Terry Parker High School was particularly gratifying for Leighsha Johnson, who is the food bank’s community food distribution coordinator and a Terry Parker alumnus.

During Hurricane Irma, the warehouse never lost power and acted as a food distribution clearinghouse for the area, receiving massive amounts of food donations and sharing them far and wide.

“That broke my heart. So many people lost so much food,” she said.

The food bank is still working to establish itself in the outlying counties of its service area, such as Levy County, by building its network of partner nonprofits.

“They have no idea we exist,” Johnson said.

The more partner nonprofits there are, the more people are served, Sweatt said.

“We’ve only really gotten to the base of folks in need. We see more and more people who just need that extra hand,” he said.

This year Farm Share will focus on hungry seniors.

“There are lots of seniors with nobody,” he said.

McNeil said needy seniors can be tough to identify. Because of their pride, many of them are reluctant to seek help. Pleasant Grove offers free breakfast for seniors every Thursday, providing not only a meal but social interaction.

“They sit and socialize. That may be their only outing of the day,” he said.

One of the keys to Farm Share’s work is volunteers. One of them is Emma Holt, who has been volunteering at the warehouse for 19 years, through the same management changes McNeil witnessed.

Although she cried after several staff departures, Holt said she paid little attention to the drama, focusing only on her mission.

“It’s about feeding people,” she said. “It’s about giving back. I just love it.”