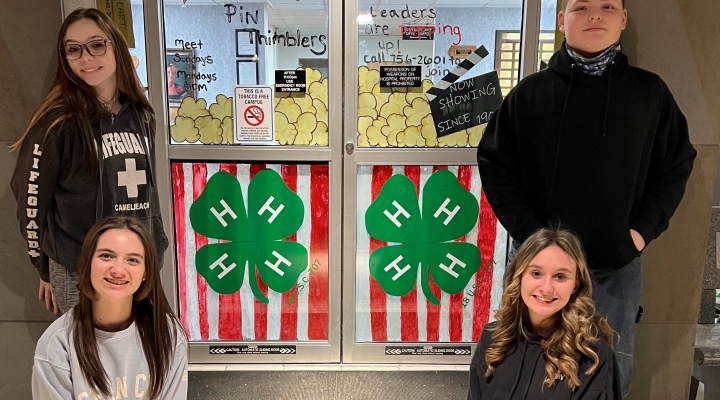 SUSQUEHANNA, Pa. — The Jackson Pin Thimblers 4-H club kicked off the 2022 season with their first in-person meeting on February 23rd at the North Jackson United Methodist Church.  All members were excited to be able to get our season started. A discussion took place on finding some community service projects and fundraising ideas. All members of the club were educated on the duties of the club officer positions and club members were encouraged to expressed their interest. After nominations were accepted, elections of new officers took place. Rebecca Haley was elected as club president and Zachary Heath as Vice President.  Courtney Marvin was voted in as club Secretary, club Historian/ News Reporter, and Chloe Baldwin as the club Treasurer. The club members elected Lily Stout and Martha Cottrell as club game leaders.

If you between the ages of 5-18 you are eligible to join our club or any one of the many local clubs.  You do not need to live on a farm or own your own animals to join. 4-H offers many projects from cooking, gardening, woodworking, rocketry, and fashion design and so many more. 4-H will allow you to meet new friends, learn new things, and become more confident in your leadership skills.  It’s not too late to join, so be sure to check out all that 4-H has to offer. If interested, contact Rhaylene Britten at 570-756-2601, or come to our next meeting. We would love to meet you and introduce you to all of the fun events that we do. Our next meeting will be held on March 23rd at 6:00pm at the North Jackson Methodist Church.