Subscribe
Home / Michigan / It’s time we had the STD talk 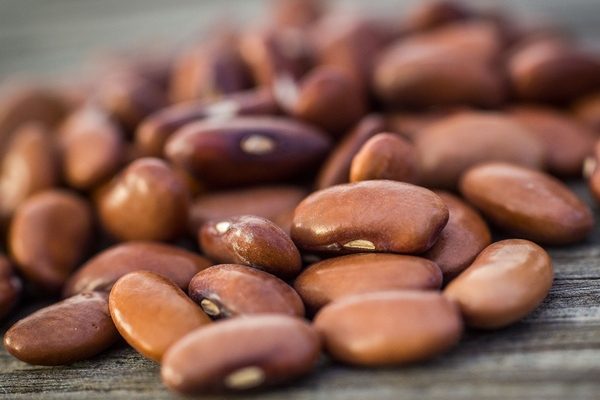 Seed transmitted diseases include some of the most common viral (tobacco mosaic virus), bacterial (bacterial speck in tomatoes and bacterial spot on peppers) and fungal pathogens (botrytis neck rot in onions) in vegetables.

EAST LANSING, Mich. — “Don’t touch that, you don’t know where it’s been!” is a time honored parental truism that fits well into a discussion on STDs – seed transmitted diseases. Entire books have been written on diseases that can, and are, transmitted in or on seed, such as “Seedborne Diseases and Their Control” by R.B. Maude. The number of seedborne diseases are too numerous to mention in this article.

However, according to Michigan State University Extension they include some of the most common viral (tobacco mosaic virus), bacterial (bacterial speck in tomatoes and bacterial spot on peppers, Photos 1-2) and fungal pathogens (botrytis neck rot in onions) in vegetables. The potential spread increases greatly in asexually propagated crops such as garlic, potatoes or sweet potatoes. 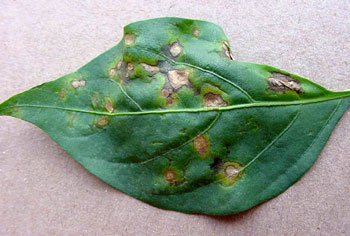 Seedborne diseases can be quickly disseminated since they are commonly aided by human carriers, often hitchhiking with seed as they travel long distances by car and airplane. This makes them capable of easily traversing natural barriers like oceans and mountains, and artificial barriers such as country borders. Once making this large, sudden jump, the disease often gets established and can become a permanent, unintended resident.

Commercial seed companies go to great lengths and expense to get rid of these diseases. Procedures involve heat treatments or disinfecting agents, and the steps are tightly controlled and monitored so diseases are killed without harming the seed.

The most effective way to obtain seed transmitted disease-free seed is to buy it from commercial seed companies, but if you use saved seed this is the time of year to be concerned about seed transmitted diseases since this is when many seed savers are putting aside and storing seed for next year. Care must be taken so minor problems from this year don’t turn into major problems next year.

If you are saving seed, the first step in controlling seed transmitted diseases is to make sure you have clean seed to start with and then have a good disease and insect control program in place during the growing season. Keeping diseases under control during the season goes a long way in keeping them off the seed. Many viral diseases are transmitted by insects and minimizing insect populations will reduce chances of seed contamination, although for aphid transmitted diseases this can be difficult.

The next step is to harvest only sound fruit with no obvious disease symptoms, skin cracks or other wounds. A fruit like a tomato, pepper or squash can be surfaced-sterilized with rubbing alcohol or a bleach solution. Surface sterilization only kills what is on the surface, not what might be internal.

The final step is to surface-sterilize the seed. This is the most dangerous step since the treatments can also damage the seed if they are too long or too strong. This step usually involves a chemical surface treatment, heat or both. These steps need to be done under tightly controlled conditions. Even under the best conditions, some seed damage may occur and following these steps does not guarantee 100 percent disease-free seed, but it is the best you can do. Fortunately, few vegetable diseases are propagated inside the seed – most are carried on the outside. If it is one of the rare internal diseases, these steps will not kill it.

Saving seed is popular among many growers, especially those of heirloom varieties. In some cases, saving seed yourself is the only way to continue propagation of some lines since larger seed companies do not produce it. Exchanging seed is also popular among seed savers. Keep in mind you may be inviting problems you can’t get rid of.

If you are a seed saver, I encourage you to visit the websites listed below on proper steps for successful seed saving and ask those sending you seed what process they go through to minimize seedborne disease transmission.