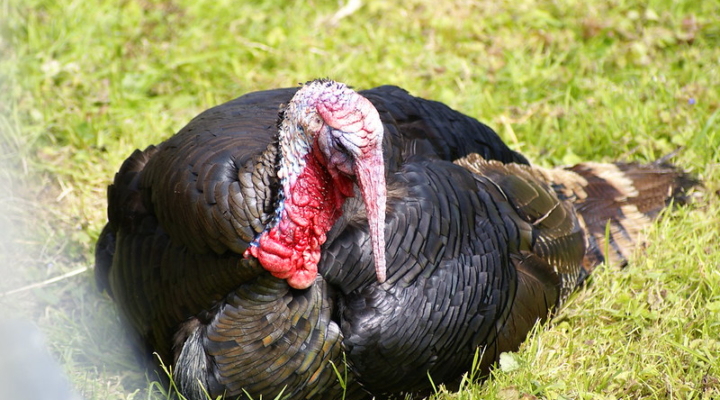 RICHMOND, Va. — Here’s a topic for table talk this Thanksgiving: Americans consume about 16.5 pounds of turkey per person annually.

That’s the finding of the National Turkey Federation, which reports on its website that both turkey consumption and production in the U.S. have doubled since 1970.

Virginia has always been a major turkey-producing state, even ranking among the top four states before turkey production expanded in other states,” noted Tony Banks, a commodity marketing specialist for Virginia Farm Bureau Federation.

Production in Virginia last year was about 16.8 million birds. Most Virginia turkey farms are in the Shenandoah Valley.

Turkeys have scratched themselves a significant role in U.S. history. Colonial statesman Benjamin Franklin wanted the turkey to be the United States’ official bird. Unhappy about the choice of the bald eagle, Franklin wrote, “For the Truth the Turkey is in Comparison a much more respectable Bird, and withal a true original Native of America.”

Domesticated turkeys cannot fly, but at least one bird had a special role in the nation’s space program. Neil Armstrong’s and Buzz Aldrin’s first meal on the moon was foil packets of roasted turkey with all the trimmings.

Turkeys also have made their way into national news each fall since 1947, when the turkey federation presented a live bird to then-President Harry Truman at Thanksgiving. The tradition of bestowing a presidential pardon on what’s now called the National Thanksgiving Turkey originated in 1989 with then-President George H. W. Bush.

Once pardoned, the National Thanksgiving Turkey and an alternate are transported to Virginia Tech, where they are cared for by veterinarians and poultry science students.

Holiday cooks: The National Turkey Federation shares a flock of turkey recipes at eatturkey.org, along with a special Thanksgiving 101 section.

The Virginia Poultry Federation reminds consumers on its website that synthetic hormones and steroids are never given to commercially produced poultry in the U.S. That practice, the federation notes, “is logistically and economically not feasible, unnecessary and—above all—against federal law.”

Delaware State Fair inducted into the IEBA Hall of Fame

Virginia Agriculture in the Classroom awards $30,000 in grants for educational projects
October 27, 2021

Do your children have questions about agriculture?
October 25, 2021