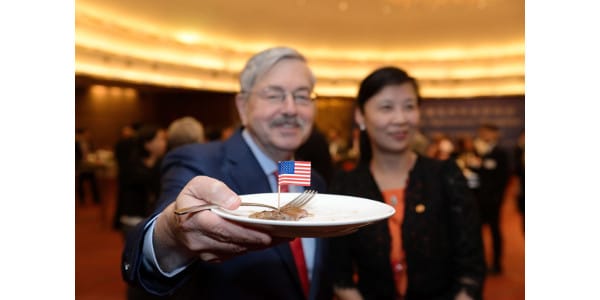 “Although the Iowa Soybean Association is disappointed that he’s stepping down, we certainly respect his decision. Since taking on this important role for our country, he has worked tirelessly to represent America’s interests in China. Through all the challenges, Branstad has been a forceful and important voice for all Americans, particularly for Iowa and Iowa’s farmers.

“Given China’s importance as a global soybean buyer, ISA leadership has often called upon him for insight and to share our perspectives. We have had multiple meetings with him during his time as Ambassador, both in China and in Iowa. We always left those meetings knowing we had a friend working on our behalf. Iowa soybean farmers say, ‘thank you Ambassador Branstad and welcome home.’”