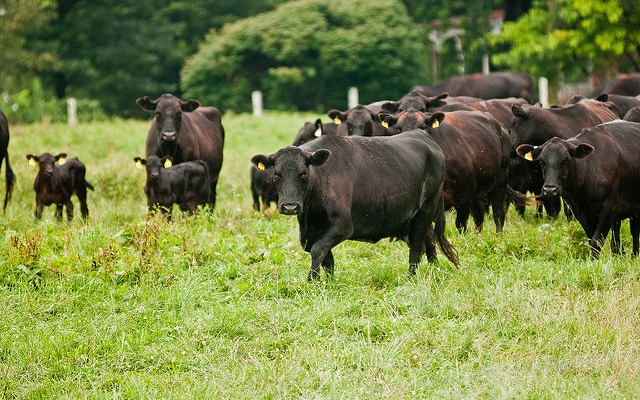 In the business of cattle, producers seek to move forward by anticipating future opportunities and realizing what obstacles are present. (USDA via Flickr)

FARGO, N.D. — In the business of cattle, producers seek to move forward by anticipating future opportunities and realizing what obstacles are present.

That is not easy. However, reviewing and understanding past numbers helps.

So where is the industry? My favorite process to evaluate cow-calf production numbers is to review CHAPS data collected through the North Dakota Beef Cattle Improvement Association and then turn to the North Dakota Farm Management education program (http://www.ndfarmmanagement.com) and FINBIN (https://finbin.umn.edu/) from the Center for Farm Financial Management, University of Minnesota, for the dollars. Interestingly, although they provide separate data sets, the data align quite well.

So what is gross margin? Gross margin accounts for the purchase and sale of all calves, cull cows and bulls, plus the animals transferred in and any overall changes in cattle inventory. Essentially, gross margin is the dollar number FINBIN uses to subtract direct and overhead expenses from to calculate net return per cow without labor and management charges deducted.

Our memories should recall the significant increase in cattle prices a few years back as the last 10 years played out. While we hope that the factors that drove gross margins up would remain, the world does not work that way. The markets have highs and lows, and cattle producers must work within the forces that drive prices.

So, on the average, cattle producers spent 132 percent, or $145, more per cow at the end of the last 10 years than they did in the early years, 10 years ago. The bottom line: Even though expenses were going up, markets have provided a positive offset for the increase in expenses.

The average cattle producer has decreased the weight of calves sold from 595 to 577 but increased the price received from $1.02 to $1.64. Good, maybe.

In closing, is the cow-calf enterprise keeping pace? Yes. The processes that drive calf prices have been good. Expenses have increased but at a lower percentage than gross margins. That is good, but calf weight remains stagnant, leaving opportunity on the table, a key to future success.