Home / National / Is P. amaranth becoming more aggressive?
A new user experience is coming! We'll be asking you to login to your Morning Ag Clips account March 1st to access these new features.
We can't wait to share them with you! Read more here. 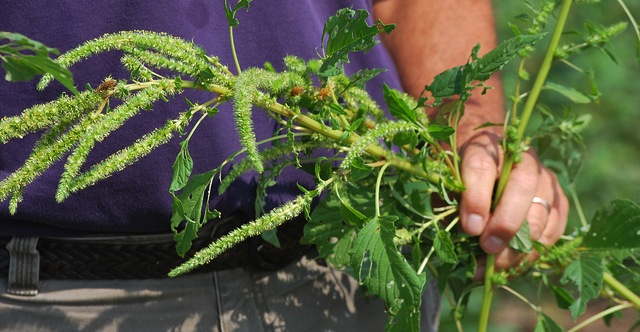 Researchers from the University of Florida collected samples of Palmer amaranth from 10 fields in Florida and Georgia. The sites had widely divergent cropping histories – from short-statured vegetables and peanut crops to tall corn and cotton crops. The fields also varied in herbicide use. Some were devoted to organic production, while others had a history of intensive herbicide use.

Significant differences were observed in the traits of the Palmer amaranth from the various fields, such as fresh and dry weight, days to flowering, plant height, leaf shape and canopy. Researchers say these differences could not be explained by whether the Palmer amaranth population was glyphosate resistant or glyphosate susceptible. Instead, crop rotation and crop canopy better explained the many variations found. For example, the tallest populations of Palmer amaranth came from corn fields, while the shortest came from fields planted with the shortest crops.

“It appears Palmer amaranth can evolve life-history traits that increase its potential to grow and reproduce in various cropping systems,” says Ramon Leon, Ph.D., a member of the research team. “To avoid the development of more aggressive weed biotypes, it is important to consider these evolutionary consequences when designing crop rotation systems and weed management strategies.”