Home / Minnesota / Is it cold enough yet?
A new user experience is coming! We'll be asking you to login to your Morning Ag Clips account March 1st to access these new features.
We can't wait to share them with you! Read more here. 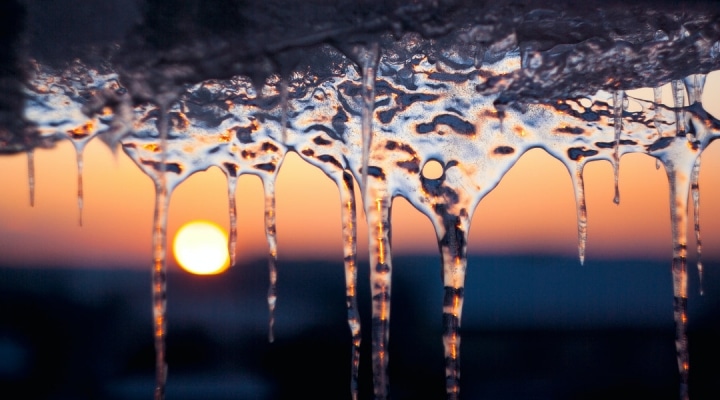 In 2021, this cold snap may help reduce aphid populations to a degree, but do not expect a similar amount of winter control of soybean aphid as we likely had in 2019. Many insect populations can grow quickly, so even a small percent of the surviving population can still cause problems for soybean growers under the right conditions. (Oleg Gospodarec/Unsplash)

ST. PAUL, Minn. — On February 15, 2021, much of southern Minnesota saw morning low temperatures below -20°F, and much of the northern part of the state saw lows near or under -30°F preceded by similar subzero temperatures earlier in the month. Generally, this degree of a cold is troublesome for farmers ranging from issues with alfalfa winter kill to waterers freezing up for livestock producers. However, the cold can be a welcome event for pest management, especially with fewer winters in recent years reaching these annual lows.

Cold winters help prevent many potential pest insects from establishing here or requires species that cannot survive our winters, like potato leaf hopper or black cutworm, to migrate up from southern states. Extreme cold can also knock back species that are established here.

For the most part, insects match the temperature of their surrounding environment, making them “cold-blooded.”  Unlike warm-blooded animals, wind chill doesn’t really affect insects, but air temperature does. Even so, many insects can survive temperatures well-below freezing due to their own antifreeze compounds like glycerol.

Similar to weather forecasting, pest forecasting can give us a general idea of future insect populations. The minimum winter temperature (so far, around Feb. 15 this year) can help forecast freeze mortality.

Where insects overwinter also affects mortality. Some insects, like corn rootworm, overwinter in leaf litter or soil, where they are protected from temperature extremes, especially when there is heavy snow cover. Most areas of Minnesota had between four to eight inches of snow cover during the coldest parts of this winter so far, so there would be some protection for these insects with both snow and soil cover.

Some invasive species, such as emerald ash borer that overwinter as larvae under tree bark, can begin to be affected by the cold temperatures we saw this February. However, their cold tolerance coupled with the temperature buffer of being inside a tree means many larvae can survive this winter intact, especially in southern Minnesota. Pests directly exposed to air temperature, like soybean aphid, would be most affected by the cold snap.

Because soybean aphid overwinters as eggs on buckthorn buds, there is little protection from cold exposure, unless they are under insulating snow cover. Eggs will freeze between -25 and -35 °F (McCornack et al. 2005), temperatures that were approached in parts of the state in early February. Some egg mortality can also occur above freezing, due to dehydration and late-fall cold snaps.

Cold temperature mortality may be moderately high in parts of Minnesota. In northern Minnesota, we may see near 50% egg mortality with a few areas experiencing near 75% mortality. In addition, the sustained low temperatures just above lethal temperatures can cause more mortality than what is projected on the map (e.g. multiple nights below -20 degrees F). However, this type of extended stress is much more difficult to use to predict pest risk than using the coldest night of the year as a ballpark.  The February cold snap won’t eliminate soybean aphid from Minnesota, but it could reduce early-season populations in some areas.

Back in 2019, we also had a polar vortex that brought in even colder temperatures across the state, and projected mortality was also higher around 90% for much of northern Minnesota. The following growing season, soybean aphid was not much of a problem across the state, but they were still present in fields and did cause treatable levels of damage in a few areas.

However, remember the saying correlation does always not equal causation. Other factors may have contributed in 2019 as winter mortality is only one piece of the puzzle when forecasting if an insect pest will be a problem. In the case of soybean aphid, winged aphids are very mobile and can colonize new areas by field-to-field flight or long distance travel on air currents, which can vary year-to-year. Wintering populations are present over large parts of the Upper Midwest where temperatures were not as lethal.

In 2021, this cold snap may help reduce aphid populations to a degree, but do not expect a similar amount of winter control of soybean aphid as we likely had in 2019. Many insect populations can grow quickly, so even a small percent of the surviving population can still cause problems for soybean growers under the right conditions. In short, there may be a somewhat reduced risk of soybean aphid issues this year due to the cold, but problem fields could still easily occur across the state.

Start scouting early in the year so you can stay on top of soybean aphid populations that may develop in your area. For more information, visit Extension’s soybean aphid webpage.

Read more about insect overwintering at Tough Buggers: Insect strategies to survive winter in Minnesota.
If you have questions about these maps or pest forecasting, contact Dr. Anthony Hanson (hans4022@umn.edu).