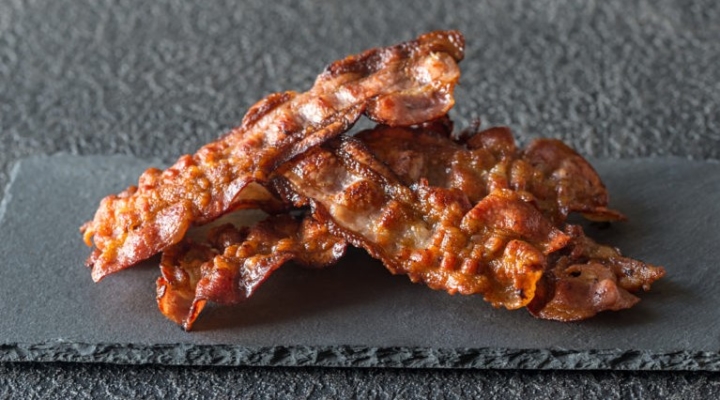 David Anderson, Ph.D., AgriLife Extension economist, College Station, quoted Taylor Swift in saying we “need to calm down” when talking about numerous reports regarding a bacon shortage in 2020. (Courtesy Photo)

COLLEGE STATION, Texas — Amid popular reports of a possible bacon shortage, many consumers wonder what the future holds for their favorite cut of pork.

The future of U.S. bacon supplies isn’t clear enough for consumers to panic about a  potential shortage in 2020, according to a Texas A&M AgriLife Extension Service economist.

David Anderson, Ph.D., AgriLife Extension economist, College Station, quoted Taylor Swift in saying we “need to calm down” when talking about numerous reports regarding a bacon shortage in 2020 that could be based more on expectations than current reality.

“I’m just not convinced yet that these reports aren’t sensationalizing the situation a bit at this point,” he said. “There are contradictory production and economic factors at play in the market, and I think it will take some time to play out.”

But as U.S. consumer love for bacon grows, so does the demand. There is also growing demand elsewhere in the world.

Exports to China have increased significantly since an outbreak of African swine flu led to large-scale culling of China’s swine herd. Growing exports of half-carcasses of U.S. pork to China is fueling concerns that U.S. supplies of pork bellies, the cuts that provide bacon, may not keep up with domestic demand.

Anderson said Chinese demand for U.S. pork is a new factor that will weigh heavily on the market for the foreseeable future. But according to Anderson and a recent U.S. Department of Agriculture report, U.S. production and cold storage supplies are setting decades-long records.

“The long-term expectation is for big exports to China, but that is relative to the record amounts of pork we are producing today and have in storage,” he said. “Pork prices are extremely cheap here and are competitively priced in China, even with the current tariff.”

It was worth noting that cold storage stocks are typically low in September, he said.

Chinese demand for pork hasn’t let up and led to prices so high that U.S. pork is competitive despite a 62% tariff. Exports have steadily increased as China culled around half its swine herd and continues to struggle with controlling the African swine flu.

Meanwhile, demand for pork bellies in U.S. markets has continued to grow as bacon has become a staple in many households, Anderson said.

The National Pork Board reported U.S. consumption of bacon increased 2.4% from 2001-2013, with Americans consuming about 1.1 billion servings of bacon annually.

Pork belly is found on 8.7% of U.S. menus, a 59% increase in the number of restaurants serving products from the cut since 2014. Bacon is served in seven out of 10 U.S. restaurants.

The board’s report also indicates bacon’s increased demand over the last few decades is due to its growing appeal beyond breakfast.

“We’re producing more and more hogs here at home, and pork bellies are only one cut, but we have to remember America’s appetite for bacon,” Anderson said. “Bacon is on everything these days.”

Anderson said cold storage holdings could indicate bacon-producing companies and restaurants are building supplies in case there is a shortage and prices begin to rise. But he also noted that large belly stocks are related to record hog and pork production.

Pork belly prices have been “on a rollercoaster for a while now,” Anderson said, well before Chinese supplies became a factor.

For now, Anderson expects U.S. pork exports to China will continue to grow as the Chinese continue to deal with swine flu.

“All these stories could be true in the future even though they appear to be at odds with what is going on with production,” he said. “We’ll just have to wait and see if export growth is larger than production growth to the point it cuts into domestic supplies and causes prices to rise here at home.”

Giving thanks for cover crops