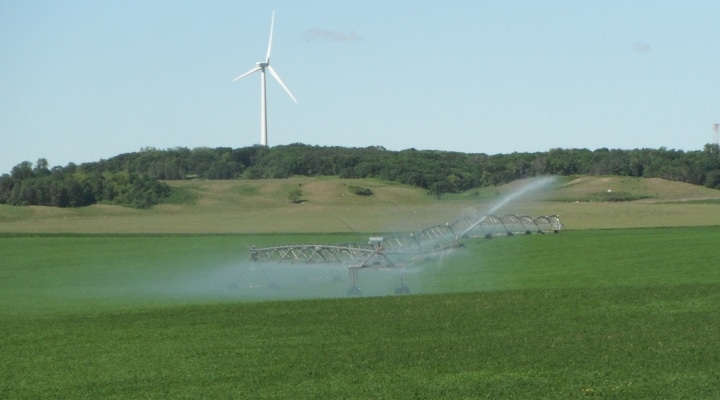 FARGO, N.D. — The weather this year has presented many challenges. A drought that started in 2020, a frost in late May and hot, dry weather during the summer had a huge effect on crop production.

To help farmers with their irrigation management, NDSU Extension is holding an irrigation workshop in conjunction with the North Dakota Irrigation Association on Thursday, Dec. 9 in the Grand Pacific Room at the Best Western Ramkota Hotel in Bismarck.

Presentations will focus on how to deal with the drought. An irrigation exposition for suppliers to display their products and services will be held at the same time.

Irrigation provides more consistent crop production on a year-to-year basis, allows growth of longer-season crops, diversifies the farm enterprise and provides a consistent supply of forage for animal agriculture. North Dakota typically has excess water in the spring but insufficient rain during the summer when crops are maturing and using the most water.

Finding ways to store excess water received in the spring for later use in the growing season is one way to ensure a reliable irrigation water supply during a drought, according to Scherer.

“The competition for water is increasing every year and access to good quality water for expanding irrigated acres will become more difficult in the future,” says. Scherer. “However, with a reliable water source, investing in irrigation is a great hedge against drought periods during the growing season.”

The registration fee of $50 is payable at the door and includes lunch.

Registration begins at 7:30 a.m. and workshop presentations begin at 8:30 a.m.

The morning session will include an update on water permits and the impact of drought on aquifer water levels, irrigation development along the McClusky Canal, funding resources for irrigation and the status of U.S. federal irrigation policy.

The North Dakota Irrigation Association will hold its annual meeting in the same room from noon to 1 p.m. The guest speaker will be Andrea Travnicek, director of the North Dakota Department of Water Resources.

The afternoon session will include updates from irrigation research stations, an update on drought resiliency, the remote monitoring and irrigation management research project and the impact of drought on irrigation infrastructure.

Keeping it Current: Research on how consumers use recipes ﻿