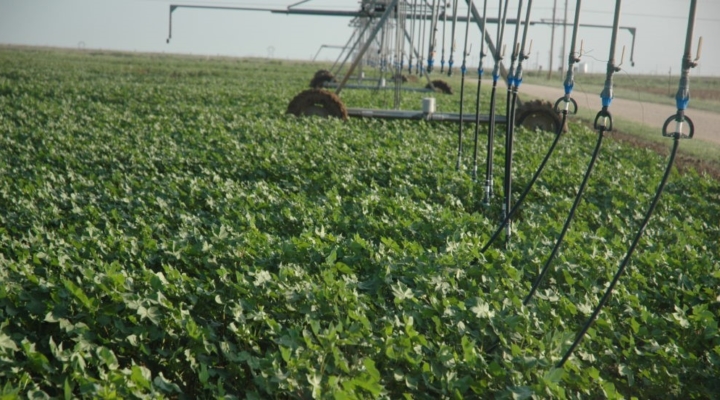 The study was published in Agricultural Water Management Journal’s special issue on Managing the Ogallala.

Himanshu said the study should help farmers make better decisions that can result in higher seed cotton yields using the most efficient irrigation strategies. At the same time, these strategies will conserve the Ogallala Aquifer as a water resource for generations to come.

The Southern High Plains are hot, dry and often windy with water shortages due to the region’s low rainfall and reliance on underground water. Cotton-boll size and count are greatly affected by the amount and timing of irrigation as well as rainfall and air temperature.

Additionally, water districts in the area have imposed restrictions on groundwater pumping to help conserve the Ogallala Aquifer. Depletion of the aquifer has been occurring at an alarming rate since the 1950s when farmers began large-scale water pumping for crop irrigation.

“Following the suggested strategies, farmers can have better control over crop growth and yield and enhance irrigation water-use efficiency,” Ale said. “The peak bloom growth stage was found to be the most sensitive stage to water stress and imposing water deficit during this stage resulted in the lowest seed cotton yield.”

Conversely, elimination of irrigation during the early and late-season growth stages had little effect on seed cotton yield and irrigation water-use efficiency.

Cotton Incorporated and the Ogallala Aquifer Program funded this study.