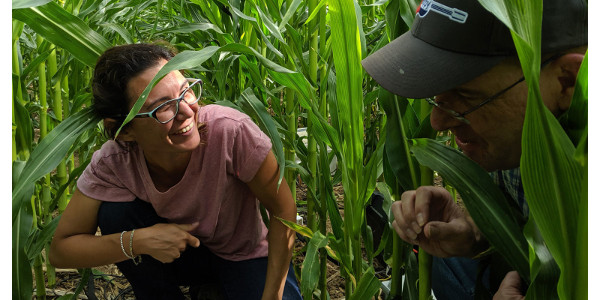 FORT COLLINS, Colo. — The Irrigation Innovation Consortium, a university and industry collaboration that accelerates the development and adoption of water- and energy-efficient irrigation technology, has announced funding for seven research projects in the upcoming year, including one led by Jay Ham in the Colorado State University Department of Soil and Crop Sciences. The consortium is headquartered at CSU, and its project director is Reagan Waskom, a professor at CSU and director of the Colorado Water Center.

Launched in 2018 with a $5 million contribution from the Foundation for Food and Agriculture Research, the consortium, also supported by matching funds from participants, promotes and enhances water and energy efficiency in irrigation. Its ultimate goal is creating greater resiliency in food and agriculture. Through the consortium, industry and the public sector co-develop, test, prototype and improve equipment, technology, and decision and information systems. Their work is equipping farms of the future with cutting-edge technologies for irrigation efficiency.

The funding announcement came during the Irrigation Show and Education Week in Las Vegas, Nevada. Awardees were selected through a competitive review process that weighed and prioritized projects according to scientific merit, novelty, level of industry involvement, and inter-institution collaboration.

“The proposal review process has resulted in a robust portfolio of funded proposals that fit our mission goals of advancing knowledge, tools, and available technologies and practices that can transform and improve irrigation efficiency,” said LaKisha Odom, chair of the consortium’s Research Steering Committee and a scientific program director for FFAR.

Members of the consortium’s research network also provided updates at the Irrigation Association show in Las Vegas on current research and innovation projects underway at the participating universities.