Home / Pennsylvania / Irmak to lead Penn State Department of Agricultural and Biological Engineering
A new user experience is coming! We'll be asking you to login to your Morning Ag Clips account March 1st to access these new features.
We can't wait to share them with you! Read more here. 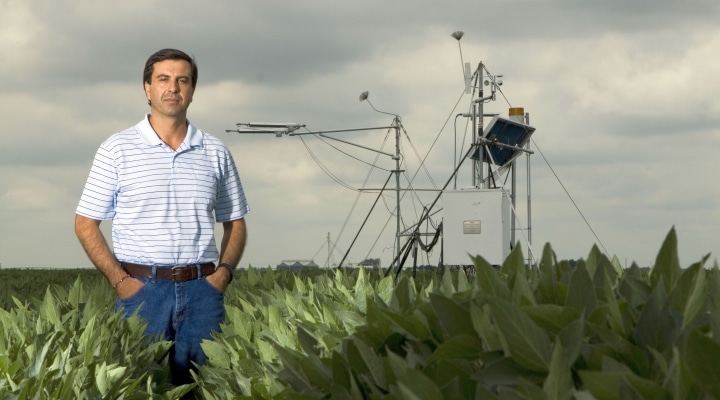 Suat Irmak, Harold W. Eberhard Distinguished Professor in the Department of Biological Systems Engineering at the University of Nebraska-Lincoln, has been named head of Penn State's Department of Agricultural and Biological Engineering, effective July 1. (Courtesy of Suat Irmak)

Irmak will succeed Paul Heinemann, professor of agricultural and biological engineering, who joined the Penn State faculty in 1988 and has served as department head since 2010.

“We are fortunate to have attracted someone of Dr. Irmak’s caliber to Penn State,” said Rick Roush, dean of the College of Agricultural Sciences. “He brings an impressive record of scholarly achievement, a history of accomplishments and accolades within his professional discipline, and a strong commitment to the land-grant mission of research, teaching and extension. The department’s students and stakeholders will benefit greatly from his experience and vision.”

Irmak noted that he looks forward to working with colleagues, staff, students and administrative leaders to build on the department’s strengths and enhance its visibility, operations and positive impacts in regional, national and international arenas.

“The department is fortunate to have outstanding faculty, staff and students, and it will continue be a leader in educating, training and mentoring the next generation of scientists, researchers and educators while meeting stakeholder needs,” he said. “I am honored and humbled to be entrusted with this leadership position, and I will do my best to help carry the department forward.”

After earning his doctorate, he served as a research engineer for the University of Florida’s departments of Civil and Coastal Engineering and Agricultural and Biological Engineering from 2002 to 2003. In 2004, he joined the faculty in the Department of Biological Systems Engineering at the University of Nebraska-Lincoln as an assistant professor. He rose to the rank of full professor in 2012 and was named Eberhard Distinguished Professor in 2013.

Irmak’s research and education programs focus on soil and water resources and irrigation engineering; how changes in climate variables influence water resources and agricultural and natural resource productivity; crop water use efficiency; water and nitrogen management and impacts on water and soil quality; impacts of cover-crops on soil quality and hydrology; measurement and modeling of surface energy balance and water balance fluxes, including evapotranspiration, evaporation and transpiration; and variable-rate irrigation and fertigation.

He is the founder and leader of the Nebraska Agricultural Water Management Network — the largest such network in the U.S. — which brings together growers, extension professionals, state and federal natural resources agencies, crop consultants, and others to promote water and energy conservation practices and technologies. The U.S. Department of Agriculture’s National Institute of Food and Agriculture recognized the project with its national Innovative Programs and Projects Partnership Award, citing the network’s groundbreaking water management work and its contributions to advancing agricultural science.

Among Irmak’s other honors are a USDA-NIFA National Water and Energy Conservation Award for the multistate project, “Scaling Microirrigation Technologies to Address the Global Water Challenge.” He is the youngest recipient of the American Society of Agricultural and Biological Engineers (ASABE) John Deere Gold Medal Award and the ASABE Heermann Sprinkler Irrigation Award.

Irmak is the only ASABE member to receive both the New Holland Young Researcher Award and the ASABE Young Extension Professional Award since the society’s founding in 1907. He also has received numerous awards for teaching, educational materials, refereed journal articles and service from various professional and academic organizations.

He is an ASABE fellow, which is the society’s highest honor, awarded to a member of unusual professional distinction. He is also a member of the American Association for the Advancement of Science, the American Society of Civil Engineers and the Environmental and Water Resources Institute.

An author or co-author of more than 400 refereed journal articles, book chapters, conference papers and abstracts, and extension education publications, Irmak has advised 29 doctoral and master’s degree students — many of whom now have faculty positions in academia — and has served on the graduate committees for dozens more.