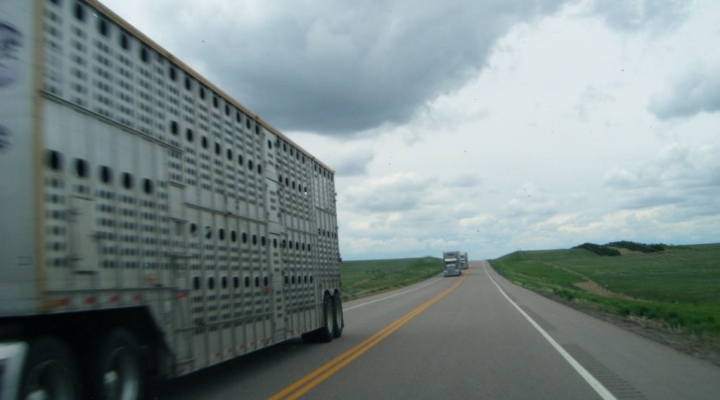 The 101 county delegates at the Iowa Pork Producers Association annual meeting on Jan. 25 approved a resolution on livestock truck drivers and took action on other matters before them. (Bradley Gordon, Flickr/Creative Commons)

CLIVE, Iowa — Labor issues related to transportation of pigs have many Iowa pork producers concerned about the availability of truck drivers to keep pigs moving through the supply chain. The number of drivers who are leaving this important segment is greater than the number coming in, said the Chickasaw County Pork Producers who asked the Iowa Pork Producers Association (IPPA) to work with other groups to explore potential solutions to the issue.

Leon Sheets of Chickasaw County said his county brought the resolution to the delegates because they are seeing seasoned drivers, not just those at retirement age, leaving the sector.

“When you have too many people leave, it slows down the supply chain and creates a lot of strain on everyone,” he said.

According to the American Trucking Association’s estimates, the U.S. is currently short 80,000 truckers — an all-time high for the industry. Livestock haulers make up between 6-7 percent of drivers.

The 101 county delegates at the IPPA annual meeting on Jan. 25 approved the resolution and took action on other matters before them.

Delegates deepened the request they first made a year ago at the 2021 IPPA annual meeting to be engaged in developing the U.S. Swine Health Improvement Plan (SHIP) pilot program. SHIP is the next step for foreign animal disease (FAD) preparedness. Eighteen Iowans involved in pork production are currently developing protocols for biosecurity, testing and traceability in this effort. The 2022-approved resolution prescribes that IPPA support Iowa pig farmers enrolling in the pilot project.

“The SHIP pilot project is just getting off the ground right now, setting out the parameters,” said Dennis Liljedahl, the Essex, Iowa pig farmer who oversaw the delegate meeting. “Our delegates want to see Iowa be a leader in this effort of getting producers signed up.”

The third state resolution passed by IPPA delegates calls on their association to work with the Iowa Department of Agriculture and Iowa Department of Natural Resources to determine and secure resources for depopulation and disposal of pigs in the event of a FAD outbreak.

Resolutions that IPPA delegates adopted and sent on for national consideration at the 2022 Pork Forum in Louisville, Kentucky in March include:

The can't miss MOSES Conference is back in person!