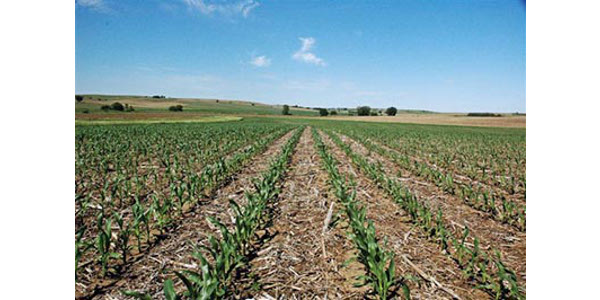 An Iowa State University study shows that the age of Iowa's farmland owners continues to rise, with a record high 35 percent aged 75 years or older in 2017. (Courtesy of ISU Extension and Outreach)

AMES, Iowa — An Iowa State University study shows that the age of Iowa’s farmland owners continues to rise, with a record high 35 percent aged 75 years or older in 2017.

Sixty percent were over the age of 65, which is 5 percentage points higher than 2007 and twice the level recorded in 1982, say Wendong Zhang and Alejandro Plastina, assistant professors and extension economists at Iowa State, who released results of the 2017 Farmland Ownership and Tenure survey at a press conference Thursday in Ames.

Conducted by Iowa State University since the 1940s, the Farmland Ownership and Tenure Survey — completed every five years — focuses on forms of ownership, tenancy and transfer of farmland in Iowa, and characteristics of landowners. The latest survey was conducted in July 2017.

Aging farmland owners is one of several notable trends found in the latest survey, said Zhang and Plastina, both assistant professors of economics.

“An increasing amount of land is cash rented,” Zhang said. “In 1982, leased farmland was equally divided between cash rent and crop share leases. However, by 2017, 82 percent of leased farmland was under a cash rent arrangement. Two primary reasons for the trend away from crop share and towards cash rent agreements are that landowners have become more dispersed and the number of landowners per tenant has increased. Both these trends make payment in grain and keeping grain differentiated by owner more difficult.”

More farmland is now owned debt free, the researchers said. In 2017, 82 percent of Iowa farmland was debt free, a significant increase from 62 percent in 1982 and 78 percent in 2012. This could be the result of profits earned during good crop years in 2012 and 2014 and profitable livestock production years like 2014.

Zhang and Plastina said the data show a trend away from sole ownership and joint tenancy towards institutionalized ownership structures, such as trusts and corporations.

“In 2017, trusts accounted for 20 percent of all acres in Iowa, while three decades ago almost no land was owned in that fashion,” Zhang said. “In contrast, the share of farmland owned by sole owners or joint tenancy declined from 80 percent of farmland in 1982 to only half in 2017.”

Taken together, these major trends have significant implications for when and how farmland is intended to be transferred to the next generation, the Iowa State economists said.

“These recent trends reveal that only 7 percent of Iowa farmland was intended to be sold to a nonfamily member,” said Zhang. “Recent federal and state tax policy changes, especially the reinforcements of stepped-up basis for farmland transition and 1031 exchanges for farmland, will likely continue making the farmland market tight with limited land sales.”

Selected highlights from the 2017 survey include:

The Iowa Farmland Ownership and Tenure survey started in the 1940s. Since 1989, Iowa State University has conducted the survey every five years, as mandated by Iowa Code. This survey series represents the first of its kind in the nation and the only consistent information on ownership, tenure and transitions of farmland at the state level.

Make your 4th of July bash a hit with beef