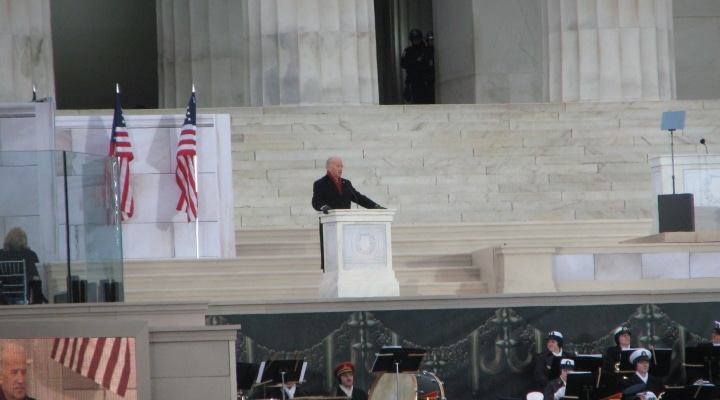 In his first hours as president, Joe Biden issued a flurry of executive orders and policy proposals covering a wide range of issues. (file photo by dontdothisathome, Creative Commons/flickr.com)

NEVADA, Iowa — In his first hours as president, Joe Biden issued a flurry of executive orders and policy proposals covering a wide range of issues.

Of particular interest to the Farmers Union is President Biden’s decision to rejoin the Paris Climate Agreement. The organization, which has long advocated aggressive climate mitigation, called the previous administration’s move to withdraw from the pact a “shameful mistake.” It comes as a great relief that the Biden administration has prioritized this issue on day one.

Iowa Farmers Union (IFU) was similarly pleased by the U.S. Citizenship Act of 2021, a comprehensive immigration plan that offers undocumented immigrants a path to citizenship, fast-tracking “Dreamers” as well as farm workers and other essential workers. This approach aligns with Farmers Union’s official immigration policy, which supports bipartisan efforts that address the needs of businesses while protecting the interests of workers.

In a statement, IFU President Aaron Lehman applauded both efforts, indicating that they set an encouraging tone for the next four years:“When it left the Paris Climate Agreement, the United States abdicated its moral obligation to protect its citizens and the planet from the existential threat of climate change. Without the support of one of the largest and wealthiest nations, the whole world has fallen behind in this battle – a fact that is undeniably alarming and distressing. Today, however, as the U.S. rejoins nearly every other country to mitigate and adapt to this crisis, there is reason to feel hopeful about our future. We commend President Biden for approaching climate change with the urgency it deserves and prioritizing solutions from day one. Over the next four years, he must build on this effort with aggressive, economy-wide climate action and ongoing global leadership.

“Iowa Farmers Union is also encouraged by the Biden administration’s plan for immigration reform. Our food system would grind to a halt without the millions of immigrants who plant seeds, harvest produce, tend to livestock, drive refrigerated trucks, process and package food, and ring up groceries. Through the pandemic, these essential workers have continued to show up to feed their fellow Americans – despite the immense risk to their own health. To repay them for their bravery and selflessness, the very least we can do is offer them a clear pathway to citizenship.”