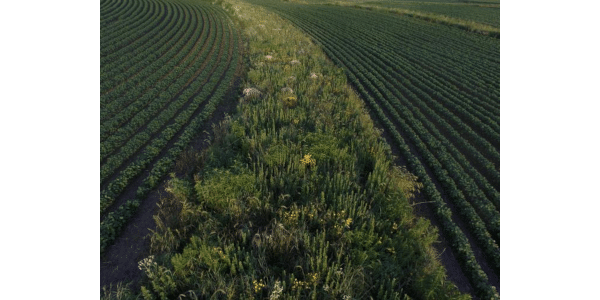 AMES, Iowa — Iowa is a major producer of grain, meat, dairy, eggs and other major agricultural commodities. The state’s agriculture has also been increasingly impacted by climate change-related extreme weather over the last decade as droughts, extreme rains, floods, and most recently, a severe derecho have damaged crops, livestock and livelihoods.

Climate and agricultural scientists and other stakeholders are concerned that without major shifts away from degrading practices toward regenerative systems, long-term sustainability will be compromised.

“There are a lot of potential actions that farmers can take in response to changes in climate,” said lead author and post-doctoral researcher Suraj Upadhaya. “Many changes can be adaptive, making agriculture more resilient. Others are maladaptive, however, in that they may be helpful in the short-term, but harmful over the long-term.”

The researchers analyzed data from the 2020 Iowa Farm and Rural Life Poll survey of 1,059 Iowa farmers. The survey asked farmers whether their use of a range of different kinds of adaptive (e.g., increased use of cover crops) or potentially maladaptive (e.g., increased use of pesticides) actions had changed over the previous 10 years in response to weather variability and its impacts. Nearly all farmers reported change in at least one of the practices.

The study examined changes in five major adaptive management practices. About 42% of farmers reported increases in no-till farming, and 27% reported greater use of cover crops, both annual management practices that protect the soil from extreme rains and help build soil organic matter. About 32% of farmers reported that they had increased their use of more permanent in-field erosion control practices such as terraces and grassed waterways, and 22% had increased edge-of-field practices to filter sediment and nutrients.

On the maladaptive side, the study considered three practices that may have some adaptive benefits, but which can cause negative impacts over time. Increases in installation or renovation of agricultural drainage, which were reported by 46% of farmers, can protect crop yields by quickly moving excess water out of the field. At the same time, however, drainage can lead to loss of nutrients into waterways and damage water quality downstream. Thirty-six percent of farmers reported increased use of pesticides, which can protect crops in the short-term but can lead to pesticide resistance and toxicity in the environment over time.

“Overall, Iowa farmers appear to be taking substantial steps in the right direction,” said co-author J. Arbuckle, professor and extension sociologist at Iowa State University. “That said, to cope with impacts from the increases in extreme weather we’re seeing, we’re going to need more farmers to take adaptive action, and we need to help farmers address issues without increasing maladaptive behaviors such as pesticide use.”

The study also examined whether selected factors were associated with changes in adaptive and maladaptive behaviors. The most consistent predictors of increases in adaptation practices were having accessed cost-share or technical assistance from a conservation organization and having positive attitudes toward climate change adaptation in general. Both of these variables were also related to decreases in the maladaptive practice tillage. On the other hand, they were also predictors of increases in drainage, which can negatively impact water quality.

Another finding with policy implications was related to crop insurance, which nearly all Iowa corn and soybean farmers use. Results indicated that farmers who had greater confidence in the crop insurance program’s capacity to protect their farm operation were significantly less likely to have increased use of cover crops and substantially more likely to have increased use of pesticides.

“The finding that crop insurance may be influencing maladaptive action is really concerning,” said Upadhaya. “It’s an important safety net, but we need to ensure it isn’t leading to negative impacts.”

The authors highlight a need for research and extension to help farmers address short-term impacts without causing long-term problems.

“There are innovative solutions, such as integrated pest management and drainage water management and nutrient removal wetlands that farmers can use to help cope with the impacts of weather extremes,” noted Arbuckle. “Given that we as a global society are not taking sufficient steps to curb climate change, the need for effective adaptation and mitigation in agriculture will only increase.”

The root of the matter

Wetland field day to be held near Coggon on September 29th