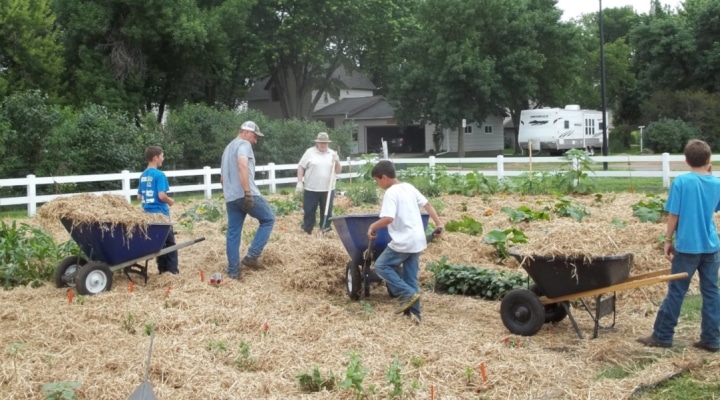 Known also as the “Farm Poll,” the Iowa Farm and Rural Life Poll survey has been conducted since 1982, and is the longest-running survey of its kind in the nation. The most recent Farm Poll found that although COVID-19 has had major impacts on all of Iowa’s communities, the state’s farmers give high marks to the vitality of their communities. (Courtesy Photo)

AMES, Iowa – Although COVID-19 has had major impacts on all of Iowa’s communities, the state’s farmers give high marks to the vitality of their communities. Since the early 1990s, periodically the Farm Poll has asked farmers questions about community vitality.

“Farmer ratings of key indicators of community vibrancy were the highest since the survey first asked the questions in 1994,” said J. Arbuckle, the project director, professor and extension sociologist at Iowa State University. “In 2021, the highest-rated statement was ‘this community would be a good place for future generations to raise their families,’ with 88% of respondents selecting either agree or strongly agree, and majorities agreed that they ‘can’t think of any other community’ where they would rather live, and 62% agreed that the future of their community ‘looks bright.’”

The 2021 Iowa Farm and Rural Life Poll summary report was published in December, and is available online at the ISU Extension Store.

Another question set, which was also used in 2001, listed a number of community well-being indicators and asked farmers to rate them on a scale from poor to excellent. In 2021, the highest-rated item was “overall quality of life,” with 94% of farmers giving it a good or excellent rating. More than 90% gave the same rating to “a place to raise children” and “friendliness of the people.” The lowest-rated characteristics were cultural activities and shopping facilities, at 54% and 44% good or excellent, respectively. Only shopping facilities was rated as poor by more than 10% of respondents.

“Our comparison to responses in 2001 showed that ratings of community well-being were higher for pretty much all of the indicators,” said Arbuckle. “The only substantial drop was for shopping facilities, which declined from 52% good or excellent to 44% good or excellent.”

The COVID-19 pandemic has of course impacted everyone, and from a public health perspective, it is important to understand how the pandemic has impacted different social groups. The Iowa State University Small Towns Project has undertaken a major survey effort to examine COVID-19’s health, economic and emotional impacts across 73 small towns in Iowa. The Farm Poll adapted one nine-item question set from that survey to examine COVID-19’s impacts on farmers in terms of relationships, mental health, financial stability and community. Results showed a varied picture of impacts, with most farmers reporting no change, some respondents reporting being worse off, and others being better off for each item.

On the other hand, four of the items had more positive ratings than negative. The financial health of their farm operation was rated better off by 30% of respondents, compared to 13% who reported being worse off. Personal financial situation was similarly rated, with 28% reporting being better off, versus 13% worse off.

“Comparing Farm Poll data to the results from the Small Towns Project’s COVID19 survey, we see that farmers were less likely to report being worse off than were residents in any of the town size groupings,” noted Arbuckle. “It seems that, at least as of early 2021, Iowa farmers had fared substantially better during the pandemic than their neighbors in small to medium-sized towns.”

Known also as the “Farm Poll,” the Iowa Farm and Rural Life Poll survey has been conducted since 1982, and is the longest-running survey of its kind in the nation. Questionnaires were mailed in February and March 2021, and 1,095 farmers responded to the statewide survey.

Other topics covered in the 2021 Farm Poll summary include renewable energy, carbon markets, perspectives on the Iowa Natural Resources and Outdoor Recreation Trust Fund, and use of various media for information and entertainment. View the full 2021 Farm Poll and previous years’ polls online. J. Arbuckle can be reached at 515-294-1497, or arbuckle@iastate.edu.