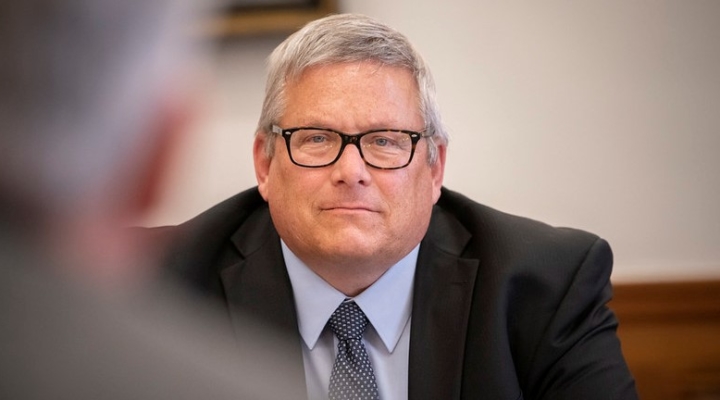 Northey is the Under Secretary for USDA's Farm Production and Conservation and his department will facilitate the payments to producers as part of that program.

AMES, Iowa — The Iowa Cattlemen’s Association executive committee and feedlot council spoke with Under Secretary Bill Northey on Friday, May 1, about the Coronavirus Food Assistance Plan. Northey is the Under Secretary for USDA’s Farm Production and Conservation and his department will facilitate the payments to producers as part of that program.

Chief concerns include the reported $125,000 payment limit per commodity. According to Brad Kooima, a cattle producer, broker, and member of ICA’s feedlot council, the losses associated with 400 head of fed cattle exceed that payment limit. More than 20% of Iowa feedlots fall into that category.

The other primary concern is the expected coverage of losses. Preliminary information states that 85% of losses between January 1 and April 15 and only 30% of the losses after April 15 will be covered. With feedlot price decreases expected to cost producers $477.05 per head in May and June, compared to losses of less than $244 per head in February and March, it is clear that the most significant economic damages are yet to come.

Under Secretary Northey was unable to provide more detailed information about the payment program, but shared concerns regarding the limited funding available, which must be split between several commodities. ICA leaders reiterated the fact that there is no other safety net available for the cattle industry, and that losses have been historic.

“It is too bad that we are forced to look to the federal government to help with the huge losses that our industry is now suffering; but that is where we are,” said Bob Butcher, a cattle feeder and banker from Holstein. “This would be the first time in my career that direct payments have been made to cattlemen for financial losses. We have no LDP or ARC payments, no MFP payments or even production insurance such as Federal Crop Insurance to provide a safety net for cattle producers.”

Under Secretary Northey said he expects more details about the CFAP to be released in the coming weeks.