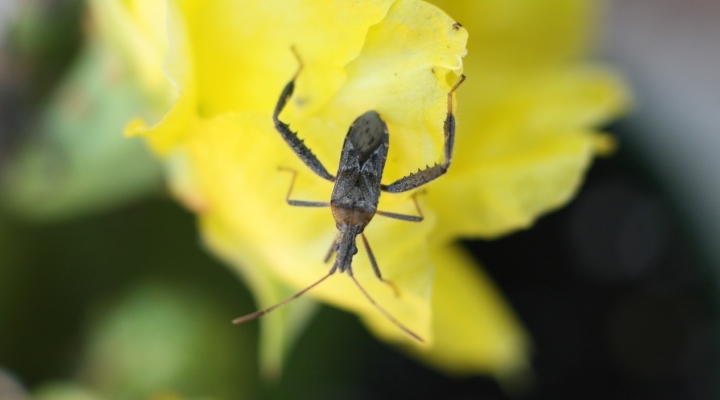 GAINESVILLE, Fla. — With the constant introduction of invasive species worldwide, thousands of types of wildlife eat new food, weakening their ability to reproduce, says a University of Florida scientist. That, in turn could lead to a reduction in our wildlife populations.

Scientists already know that when wildlife feed on invasive species, they can get sick, but until now, no one had studied how invasives impact traits that are critical to reproduction, said Christine Miller, a UF/IFAS associate professor of entomology and co-author of a new study that examined cactus bugs after they changed diets.

“Tens of thousands of species of animals are feeding on new foods because of what we as humans have done. We’ve moved species around, mixing and jumbling it all up,” Miller said. “This study specifically looked at what that would mean for traits that are important for reproduction. The next step is to see how it affects reproduction itself.”

Miller and former doctoral student Pablo Allen collected cactus eggs from the UF/IFAS Ordway-Swisher Biological Station near Melrose, Florida, and took them back to their lab in Gainesville. They divided baby bugs into those feeding on their normal cactus fruit and those eating fruit from cacti that are not native to the area.

Researchers saw cactus bugs lose some of their masculine traits after only a slight change in their diets.

Specifically, they found that when the babies ate new food, they grew only into tiny adults, Miller said. Females were smaller than they normally would be as grown-ups, while males were even teensier. Because male cactus bugs were so impacted by the new food, their legs resembled those of females – they were skinny and small. Like many living organisms, male cactus bugs use their normally strong hind legs to take over territory so they can reproduce, Miller said. In this way, they mimic many animals.

“This work suggests that when animals eat foods they are not accustomed to eating, the differences between the sexes may be reduced or disappear,” Miller said. “In other words, it seems that new, stressful environments can create androgyny, which may reduce reproduction.”

The study is published in the Royal Academy of Sciences B.