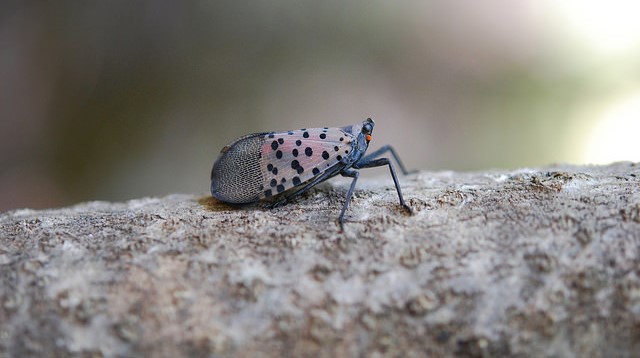 ALBANY — The New York State Departments of Environmental Conservation (DEC) and Agriculture and Markets (DAM) today announced with a Governor’s State Proclamation that New York State’s fifth annual Invasive Species Awareness Week (ISAW) is July 8-14. ISAW is an annual campaign that encourages New Yorkers to help protect the State’s lands and waters from the negative impacts of invasive species. The theme of this year’s campaign is “What YOU can do to help stop the spread!” focusing on simple actions people can take to keep these unwanted species from hitchhiking to new areas.

“We are encouraging New Yorkers to learn more about invasive species and how to prevent their spread by participating in one of the many excellent educational opportunities offered during Invasive Species Awareness Week,” said DEC Commissioner Basil Seggos. “Managing invasive species after these pests become established is challenging and prevention is the easiest and most cost-effective strategy. Governor Cuomo has been instrumental in leading the State’s fight against invasive species and in 2018, allocated $13.3 million from the Environmental Protection Fund to help limit their spread.”

State Agriculture Commissioner Richard A. Ball said, “Invasive species, such as the spotted lanternfly, can cause significant damage to our agricultural crops. Working with our partners at DEC and DOT, we have already been increasing outreach to the community and our inspections of warehouses, distribution centers, and commercial trucks entering New York State from neighboring states.  We depend on the public, though, to be our extra set of eyes and to watch for invasive species of all kinds. Awareness and reporting is key to our efforts to protect New York’s forest and agricultural industries from these harmful pests.”

DEC, DAM, and State Parks today launched ISAW by co-hosting an event at Peebles Island State Park, Albany/Saratoga County, focusing on an early detection campaign to look for the invasive spotted lanternfly (SLF). SLF feed on more than 70 plant species and are a significant threat to New York’s forests, as well as the State’s agricultural and tourism industries.

At the event, DEC, DAM and State Parks placed sticky band survey traps around tree-of-heaven, an invasive tree species that is integral in the life cycle of SLF. Infestations of lanternflies have not been found in New York, but are reported in Pennsylvania. These survey efforts increase the chances of finding SLF early and preventing these pests from becoming established.

During ISAW, citizens have ample opportunities to learn how to identify, survey, manage, and map invasive species. There are more than 100 ISAW events being held across New York State.

Invasive species are plants, animals, insects, and pathogens that are not native to an area and cause harm to the environment, the economy, or human health. These pests are one of the greatest threats to New York’s biodiversity and residents can help to stop their spread. Initiated in 2014, ISAW is one component of a larger invasive species education campaign, Stop the Invasion: Protect NY from Invasive Species, coordinated by the Invasive Species Council, Invasive Species Advisory Committee and the Partnerships for Regional Invasive Species Management (PRISMs). Last year, more than 150 events were held statewide, attracting over 6,000 participants.

“Invasive Species Awareness Week is a great opportunity to highlight some of the environmental threats that these species can pose within our parks and communities as well as address the ways in which the public can assist in preventing their spread,” said State Office of Parks, Recreation and Historic Preservation Commissioner Rose Harvey. “I applaud Governor Cuomo and our partners for continuing to raise awareness and prevent the spread.”

New York is particularly vulnerable to invasive species due to its rich biodiversity and role as a center for international trade and travel. Rapid response and control is a critical line of defense in minimalizing the establishment, and ultimately permanently removing, an invasive population. To support this effort, the FY 2018 Budget included a total of $13.3 million in the Environmental Protection Fund targeted specifically to prevent and control invasive species, an increase of $300,000 from last year, with $6,050,000 made available for invasive species eradication.

Strengthening the State’s efforts to assess the impacts of invasive species on New York State’s environment and economy and to identify actions to address these impacts, the DEC and DAM Commissioners recently appointed 14 new members to the Invasive Species Advisory Committee. This Committee, which provides advice and guidance to state agencies, is comprised of experts from academia, government and the not-for-profit community who are knowledgeable in invasive species identification and control. Future efforts will likely include advising the Council on preventing the spread of invasive species, identifying and assessing existing efforts and advising the Council on how to implement effective invasive species spread prevention measures.

Rouses Point Proud to host the Most on the Coast