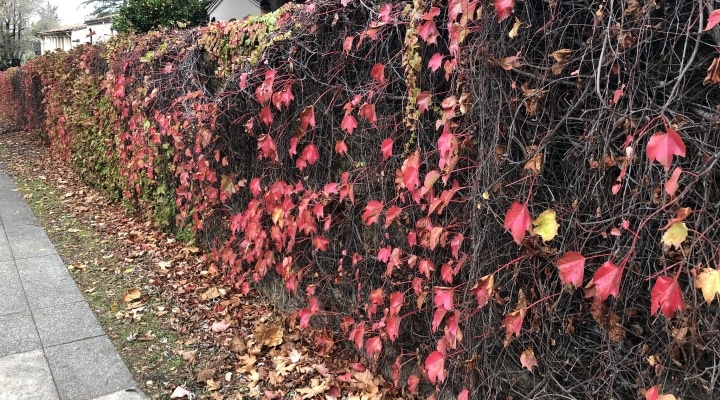 UNIVERSITY PARK, Pa. — The rapid pace that invasive shrubs infiltrate forests in the northeastern United States makes scientists suspect they have a consistent advantage over native shrubs, and the first region-wide study of leaf timing, conducted by Penn State researchers, supports those suspicions.

With the help of citizen scientists spread over more than 150 sites in more than 20 states, researchers collected thousands of observations over four years of exactly when both invasive and native shrubs leaf out in the spring and lose their leaves in the fall. The study area was expansive, stretching from southern Maine to central Minnesota south to southern Missouri, to North Carolina.

“Eastern North America is the recipient of more invasive shrub species into natural areas than any other geographic region of the world,” said lead researcher Erynn Maynard-Bean, postdoctoral researcher in the College of Agricultural Sciences, working under the guidance of Margot Kaye, associate professor of forest ecology. “Invasive shrubs are growing in both abundance and in the number of species established at the expense of many types of native species.”

The longer period with leaves gives invasive plants an advantage in acquiring more energy from sunlight and their leaves create shade in early spring and late fall that may limit growth of native species, such as forest ephemeral wildflowers, Maynard-Bean explained. “This helps explain their negative impact on native tree regeneration, plant diversity and abundance,” she said. “But invasive shrubs also have a negative impact on communities of animal species sensitive to light and temperature, such as bees, butterflies and amphibians.”

Small, local studies in Northeast forests have shown that invasive shrubs have leaves longer than native shrubs. However, because the phenomenon — known as extended leaf phenology — varies geographically, the degree to which it benefits invasive shrubs across the region had previously been unknown.

The difference between native plants and invasive plants having leaves is not consistent, Maynard-Bean noted. It varies, depending on latitude, species studied and weather for the study period.

“But with the help of citizen scientists with USA National Phenology Network watching plants with us from around the eastern U.S., we found a pattern of greater extended leaf phenology as you move south,” she said. “This provides a unified framework for connecting local-scale research results from different parts of the eastern U.S. that had previously not agreed with one another.”

About 800 citizen scientists collected more than 8,000 observations of leaf timing for 804 shrubs at 384 sites, from 2015 through 2018. In addition, Maynard-Bean made observations at three sites in Pennsylvania.

The patterns of extended leaf phenology for invasive shrubs compared to native shrubs found in this study have important implications for policy and management, according to Kaye, whose research group has been evaluating invasive shrubs in Northeast forests for more than a decade. She pointed out that invasives included in this study are still commonly used for horticultural purposes in some states but are banned in others.

“The presence of this phenomenon may serve as a predictive trait for the invasion potential of new horticultural specimens,” Maynard-Bean said. “From a management perspective, extended leaf phenology makes invasive shrubs an easier ‘green target’ in the spring and fall for detection, removal and treatment, which can protect dormant, non-target native species.”

Also contributing to the research were Tyler Wagner, adjunct professor of fisheries ecology, and Eric Burkhart, associate teaching professor in the Department of Ecosystem Science and Management.

The National Science Foundation funded this research and the USA National Phenology Network’s support was instrumental in the study. The Arboretum at Penn State and Shaver’s Creek Environmental Center also supported the research by allowing data collection at their sites.

Sweeten up the season with Virginia melons