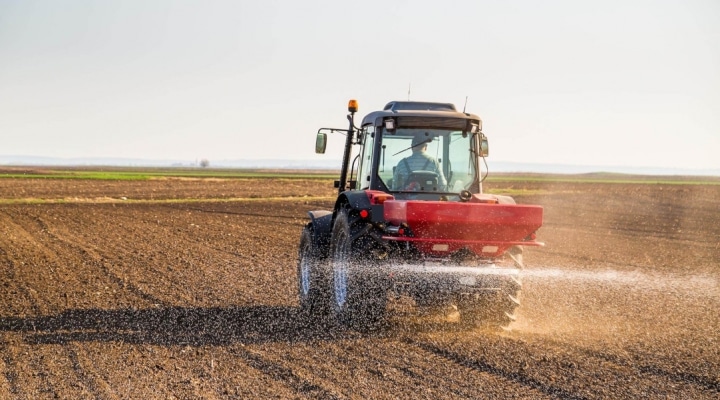 The unprecedented actions by Russia on Ukraine could have major implications for Ohio farmers and American agriculture as a whole in a number of different ways. (OFBF Photo)

COLUMBUS, Ohio — The unprecedented actions by Russia on Ukraine could have major implications for Ohio farmers and American agriculture as a whole in a number of different ways.

“Russia and Ukraine account for about 29% of global wheat production,” said Ian Sheldon, professor and Andersons chair of agricultural marketing, trade and policy at Ohio State’s Department of Agricultural, Environmental, and Development Economics. “Beyond agricultural commodities, Russia is a major supplier of natural gas, which is an important input into fertilizer production. That means we could see things happening on the input side of agriculture, as well as the commodity export and international trade side of things.”

The input aspect could accentuate an already tight supply and demand picture for fertilizers and other 2022 inputs, but Sheldon said the crisis in Ukraine could act as a double-edged sword for farmers in Ohio, as corn and wheat are major commodities exported by Ukrainian farmers.

“Obviously you don’t want to benefit from other people’s pain, but if you want to see a good side of this for American exporters, if the world corn price goes up that is potentially beneficial to Ohio corn farmers and the same goes for wheat,” Sheldon said. “I think we will see prices firm up and remain firm, especially if the invasion leads to major destruction of farmland and obstacles for farmers to bring their corn to market. A lot also depends on how Russia treats any exports leaving Ukraine and the extent of sanctions against Russia as punishment for their actions.”

Without hesitation, as tensions between Russia and Ukraine escalated to a full invasion by Russian forces, world markets reacted sharply. Due to the nature of today’s global economy, U.S. agriculture markets quickly followed suit. Shortly after the crisis escalated, prices for corn, soybeans and wheat were trading limit-higher overnight.

“Prior to the conflict escalating, everyone assumed that if an invasion did occur that the market would be bullish, figuring that there would be less supplies available on the world marketplace because of Ukraine’s importance in the global corn and wheat trade, specifically,” said Bailey Elchinger, risk management consultant and regional director with StoneX. “The speed at which this has happened over the past few days is a little bit shocking to the markets though. When you look back through history, an invasion of this nature is not a common thing.”

Just as grain prices quickly climbed, so did other agricultural products.

“Global fertilizer prices also reacted strongly,” Elchinger said. “Urea was trading $160 higher per ton on Thursday morning and that was a direct reaction to fears of Ukraine and/or Russia limiting fertilizer or natural gas out of those countries.”

Many farmers found it hard to sit on their hands as the markets offered an opportunity to sell old crop corn above $7 a bushel, while other farmers wondered what the longer term scenarios might entail. Elchinger said there are important things to consider for new crop sales.

“First and foremost, know your cost of production and what price you have your inputs locked in for,” she said. “If you know those things, really start to study what your profit margin is today and know the amounts of which you are willing to sell ahead of harvest and probably take some risk off of the table.”

Elchinger said a good relationship with your commodity buyer is key and to continue to stay in contact with them when it comes to your marketing plan. They can keep you accountable and will be able to shed some light on what may happen in the days ahead.

“It is bound to be volatile,” Elchinger said. “You need to be sure that you are not open to too much risk in times like this.”