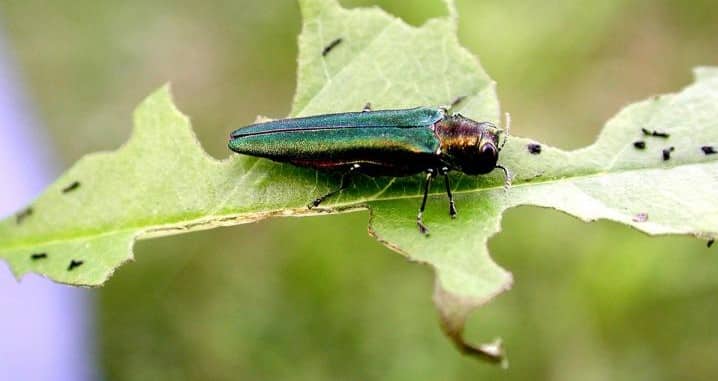 WASHINGTON — Research by an international team of scientists found that the steady, centuries-long increase in insect invasions globally is likely to continue. Using a new modelling approach to simulate non-native insect species numbers on continents for different taxonomic groups based on observed long-term historic trends, scientists established that biological invasions will increase by 36 percent between 2005 and 2050.

Modeling suggests that Europe is likely to experience the strongest biological invasions, followed by Asia, North America and South America.

The study delivers a first baseline for the assessment of future developments of biological invasions, information that will support decision-making related to containing the spread of alien species. Andrew Liebhold, a USDA Forest Service research entomologist based in West Virginia and the study’s only North American co-author, describes the research as an important tool in allowing a shift from a reactionary stance to a proactive stance in defending against biological invasion.

“For centuries, the element of surprise has worked in favor of invasive pests,” Liebhold said. “Because we were not anticipating these insects, and not monitoring for them, many have been well established and causing damage by the time we did find them. This research gives nations the opportunity to play offense instead of defense by identifying where invasions are likely and what species are most likely to invade.”

Thousands of minks dead in COVID outbreak on Utah farms