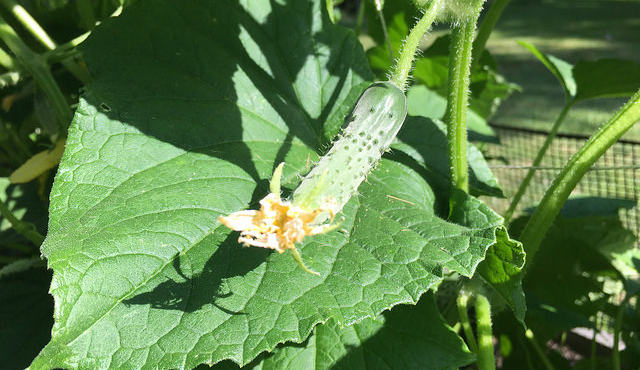 In their findings, researchers compared the sequenced bottle gourd genome to those of other cucurbit species, allowing them to reconstruct the ancient genomic history of the Cucurbitaceae family. (davef3138, Flickr/Creative Commons)

WASHINGTON — Researchers from the Boyce Thompson Institute (BTI), the United States Department of Agriculture (USDA), and collaborators in China and France have produced the first high-quality genome sequence for the bottle gourd (Lagenaria siceraria) and a reconstructed genome of the most recent Cucurbitaceae ancestor.

The research was supported under an agreement (58-0210-3-012) with USAID as a part of the Feed-the-Future program and under a grant from the USDA National Institute of Food and Agriculture Specialty Crop Research Initiative (2015-51181-24285).

Also known as calabash, the bottle gourd is valued for its numerous practical and culturally-significant uses in food, medicine, and novelties such as musical instruments, utensils, containers, and decorations. As a rootstock for other cucurbit crops, the bottle gourd also serves as a target for genomic research interests.

Despite this, a high-quality sequence of the bottle gourd genome has not been available and much of the evolutionary history of modern cucurbits and their genetic relationships remains largely unknown.

In their findings, researchers compared the sequenced bottle gourd genome to those of other cucurbit species, allowing them to reconstruct the ancient genomic history of the Cucurbitaceae family.

“Using this genome and other available genomes of cucurbit species including watermelon, melon, cucumber and pumpkin, we reconstructed the genome of the most recent common ancestor of Cucurbitaceae, which provides insights into the paleohistory of the Cucurbitaceae genome evolution,” according to Zhangjun Fei, associate professor at BTI.

The high-quality bottle gourd genome sequence also provides a comprehensive collection of the genetic relationships between the bottle gourd and other Cucurbitaceae species, which can be used to accelerate improvements in cucurbit quality and tolerance to stressors such as disease and cold.

Researchers were able to showcase the utility of the genome sequence by locating genes related to one particularly devastating disease: Papaya ring-spot virus (PRSV).

“The genome sequence will undoubtedly facilitate the discovery of additional disease resistance genes and numerous other beneficial traits in bottle gourd,” said Ling.