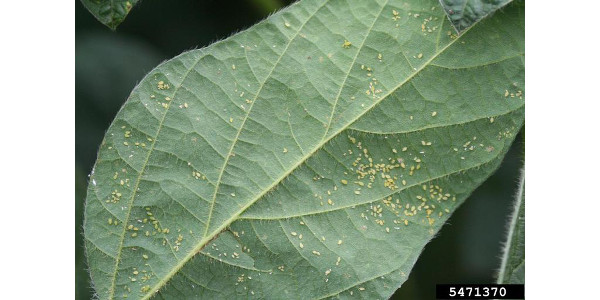 bIf a neonicotinoid seed treatment was applied, avoid any Group 4A insecticides in initial foliar application. It may be prudent to avoid 4C and 4D, as well

cAlthough there are no documented cases of cross-resistance among Group 4 insecticide subgroups (4A, 4C, 4D), it is suggested to avoid using them in sequential applications including seed treatments.

dOther labeled group 1B insecticides (dimethoate) are not recommended as a stand-alone insecticide, due to inconsistent aphid control.

Products are mentioned for illustrative purposes only. Their inclusion does not mean endorsement and their absence does not imply disapproval.