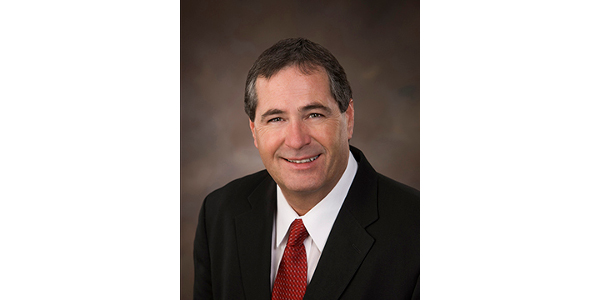 "Improving our transportation systems will not only ensure the safety of our residents, but will also help facilitate economic growth and support commerce," says Goehring. (Courtesy of North Dakota Department of Agriculture)

BISMARCK — President Trump’s infrastructure initiative proposal has great promise for North Dakota. The proposal would provide $200 billion in federal funds to generate at least $1.5 trillion in infrastructure investments with partners at the state, local, tribal and private level. The proposal returns decision making to state and local governments, which own more than 90 percent of the nation’s infrastructure and better know the needs of their communities.

Improving our transportation systems will not only ensure the safety of our residents, but will also help facilitate economic growth and support commerce. In the agriculture sector, we’re raising and moving more crops than ever before and traveling further to elevators. The state has also seen an increase in agricultural processing and those facilities rely on good roads. Rail is also critical as 82 percent of grain and oilseed shipments leave the state in railcars. Reliable and safe transportation systems ensure we can continue to move product to markets beyond our borders.

At least 25 percent of the funding would be dedicated to rural areas with populations of 50,000 or less. According to the North Dakota census, 42 of our 53 counties are either completely rural or mostly rural. The proposal would help accomplish many of goals set out in the vision for a better rural America announced earlier this year by the interagency Task Force on Agriculture and Rural Prosperity. The five key indicators from the task force were: connectivity for rural America, quality of life improvement, support for a rural workforce, technological innovation and economic development.

Some things that the proposal would do in rural areas include: rebuilding roads, bridges and other infrastructure; providing clean water for rural families; expanding broadband; supplying affordable, reliable power; and funding other projects such as wastewater facilities, rural railroad/shortlines, reservoirs and inland ports.

More than a third of all major rural roads are in poor or mediocre condition according to a report by TRIP, a national transportation research organization. The same organization also found ten percent of rural bridges as structurally deficient. And the Environmental Protection Agency (EPA) reports that small community water systems have over $60 billion in funding needs over a 20 year period. Our rural infrastructure is in need of repair.

Reliable broadband; clean water; and affordable, reliable power are musts for rural residents for quality of life, education, healthcare and our rural economies.

The proposal will also reduce red tape. Major projects currently take an average of eight years to clear environmental permitting hurdles; this proposal would reduce that to two years.

I commend the Trump administration for their vision in rebuilding our infrastructure, revitalizing rural America and removing regulatory barriers to get it done in the most efficient way possible. The proposal is a win-win for North Dakota.

Omnibus bill has positives for ag