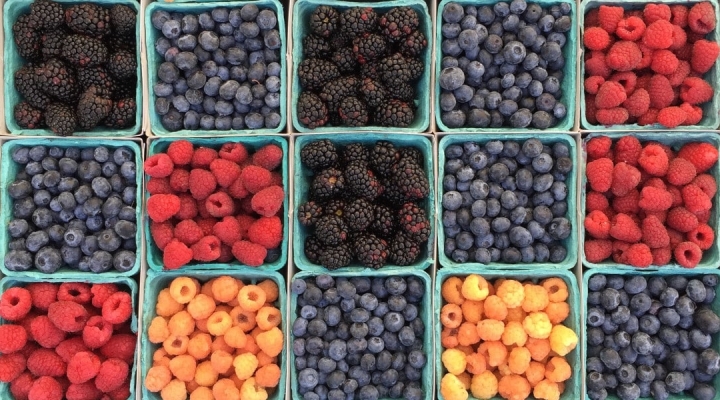 Berries and salads continue to be the top organic produce categories by total sales, responsible for nearly 40 percent of all organic produce dollars. (Photo by William Felker on Unsplash)

MONTEREY, Calif. — Higher retail prices of organic fresh produce during the second quarter of 2022 generated a 3.7 percent increase in total organic dollars but also contributed to a decline in organic volume of 2.8 percent, according to Q2 2022 Organic Produce Performance Report issued by the Organic Produce Network (OPN) and Category Partners.

The report suggests consumers are watching grocery spending carefully as inflation often takes its toll on higher priced items, which would include many organic fresh produce items. “Seeing a decline in organic volume for Q2 suggests food budgets are under stress in many US households,” said Tom Barnes, CEO of Category Partners. “It’s common to see budget-centric consumers trade down, substituting for lower-priced conventional items or shifting from a high-priced organic item to a cheaper organic alternative from another category.”

Barnes believes organic substitution explains why organic bananas had a particularly strong quarter in Q2. “Bananas are one of the lowest-priced organic fruits and have the smallest price spread between conventional and organic. For the quarter, while nearly every other organic fruit declined in volume, bananas increased in both dollars (+4.3 percent) and volume (+4.0 percent). So for budget-focused consumers still wanting to buy organic, bananas provided a cost-effective option. Suppliers need to be aware of shifting consumer purchase drivers and develop strategies to keep shoppers buying,” he said.

Geographically, all four regions of the US showed increases in sales and decreases in volume for the quarter. Organic performance during Q2/2022 was weakest in the Northeast, where dollars increased by a mere 0.4 percent, and volume fell by 6.1 percent. The South continues to show the most improvement year over year, and with a fairly low ACV compared to the Northeast and West, data suggests the South is poised for continued growth.

Conversely, blueberries posted the largest decline in dollars, with bell peppers and squash also showing noticeable declines. Berries and salads continue to be the top organic produce categories by total sales, responsible for nearly 40 percent of all organic produce dollars.