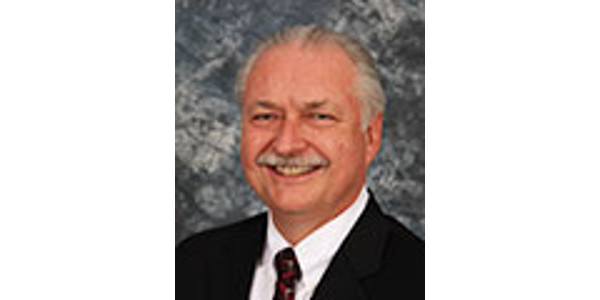 At a Q&A on Dec. 7 with political writer and broadcast commentator Abdul-Hakim Shabazz, INFB President Randy Kron discussed the current economic climate of agriculture and what INFB's member and leadership should be focused on in 2019. (infarmbureau.org)

INDIANAPOLIS — Each year at the Indiana Farm Bureau convention, the organization’s president discusses his vision for the coming year with members from across the state. This year’s convention took place Dec. 6-8 in Fort Wayne, Indiana.

At a Q&A on Dec. 7 with political writer and broadcast commentator Abdul-Hakim Shabazz, INFB President Randy Kron discussed the current economic climate of agriculture and what INFB’s member and leadership should be focused on in 2019.

Kron focused much of his discussion on trade and tariffs.

“I can honestly say there has been nothing that has consumed more of my time this past year than trade,” said Kron. “I think it’s extremely important that we make sure the public understands how tariffs are impacting farmers’ operations and for many, their livelihoods.”

Kron compared the current trade situation to the trade embargo in the early 80s.

“It took an awful lot of energy and hard work to survive through those tough times,” he said. “Now, as the farm economy has improved we have seen our sons and daughters come back to the farm. But the tougher the farm economy gets, the harder that will be to sustain.”

Hog farmers have been the first to feel the impact of the recent tariffs, because unlike grain farmers, hog farmers take their product to market each week. Kron emphasized this, but acknowledged that tariffs affect all of agriculture.

When discussing a solution, Kron said that he has high expectations that the administration will implement a strategy that has agriculture at the forefront, but that he is concerned that it may take longer to implement the strategy than the average farmer’s operating capital will allow.

Kron mentioned that the recent “trade truce” between China and the U.S. feels like a step in the right direction.

“Well it’s good that things seem to be moving in the right direction where trade and China are concerned, although since we don’t know the details yet I’d say we are cautiously optimistic that the truce will be good news for agriculture,” he said.

At the close of the discussion, Kron took time to mention that INFB will be marking its 100th anniversary in 2019.

“100 years is quite a milestone,” said Kron. “I am proud of all of the accomplishments we’ve had over those past 100 years in serving agriculture and rural communities across the state. Obviously, we have a lot to celebrate.”

INFB kicked off the 100th anniversary celebration during the convention’s closing session, where it revealed a centennial logo and held a parade of counties before passing out commemorative centennial pins to all in attendance.