Home / Indiana / Indiana on par with national Thanksgiving dinner cost
A new user experience is coming! We'll be asking you to login to your Morning Ag Clips account March 1st to access these new features.
We can't wait to share them with you! Read more here. 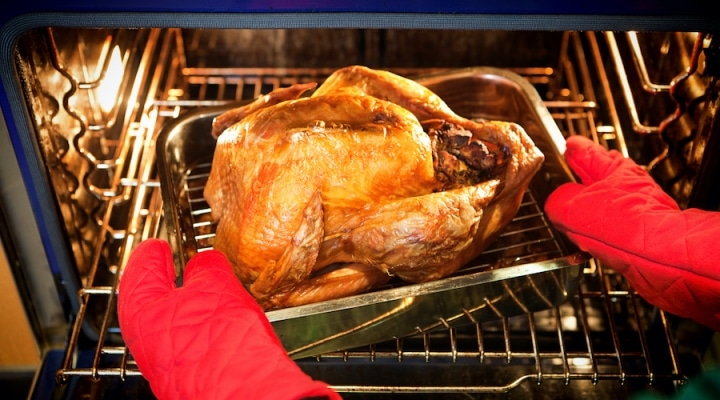 INDIANAPOLIS — A year ago, many Hoosiers pivoted their traditional holiday plans to smaller or virtual gatherings in response to the COVID-19 pandemic. Fast forward 12 months and Thanksgiving is practically back to normal.

Families can’t wait to gather this year, meaning many Hoosiers will prepare a traditional Thanksgiving meal for a large group with all the holiday favorites – turkey, stuffing, cranberry sauce and more. In preparation, Indiana Farm Bureau surveyed shoppers across the state to identify the average price of these traditional Thanksgiving meal items.

INFB’s annual Thanksgiving market basket survey shows that Hoosier shoppers can expect to spend approximately 12% more at the grocery store than in 2020. According to this year’s pricing survey, the individual meal price is approximately $5.36. Despite the increase from 2020, this year’s meal price is on par with the U.S. average of $5.33 – roughly 3 cents more per person than the national average.

“There is no question that this has been a tough year,” said Isabella Chism, INFB 2nd vice president. “Coming off the heels of the pandemic, widespread supply chain issues are pushing prices higher and the economy is stretched. This year’s Thanksgiving market basket reflects what Hoosiers are seeing when they go to their local grocery stores. However, the increased price of Thanksgiving dinner in Indiana is comparable to costs across the rest of the country.”

In the food supply chain, just 8 cents of every consumer food dollar can be attributed to farm production. Using this figure, the farmer’s share of this $53.58 market basket would be less than $5. The rest is for food processing, packaging, transportation, wholesale and retail distribution, food service preparation and other marketing costs.

“In the mid-1970s, farmers on average received more than 30 cents on the dollar for consumer retail food purchases. We’ve seen a steady decline from year to year since,” said Chism. “Hoosier farmers continue to find ways to streamline their operations and decrease costs of production to accommodate for this decline, while still providing safe, affordable food for Hoosiers and families all over the world.”

This year, shoppers can expect to pay approximately $1.58 per pound for a whole turkey, or $25.22 for a 16-pound bird. Other traditional Thanksgiving items that Hoosier shoppers can expect to be a bit more expensive this year include pumpkin pie filling, pie shells, rolls, peas, whole milk and cranberries. Items that may be more affordable this year include stuffing, a veggie tray and whipping cream. Sweet potatoes remain relatively unchanged.

Some Hoosiers may omit the turkey this year and opt for a ham instead. INFB also collected prices for other frequently served Thanksgiving items and found that consumers can expect to pay $11.13 for a 4-pound ham, compared to $10.60 in 2020.

The INFB Thanksgiving market basket survey was conducted in late October/early November by volunteer shoppers across the state who collected prices on specific food items from one of their local grocery stores. Volunteer shoppers were asked to look for the best possible prices, without taking advantage of special promotional coupons or purchase deals. Indiana’s survey was completed in conjunction with a national survey administered by the American Farm Bureau Federation.