Home / Indiana / Indiana officials applaud China trade deal
A new user experience is coming! We'll be asking you to login to your Morning Ag Clips account March 1st to access these new features.
We can't wait to share them with you! Read more here. 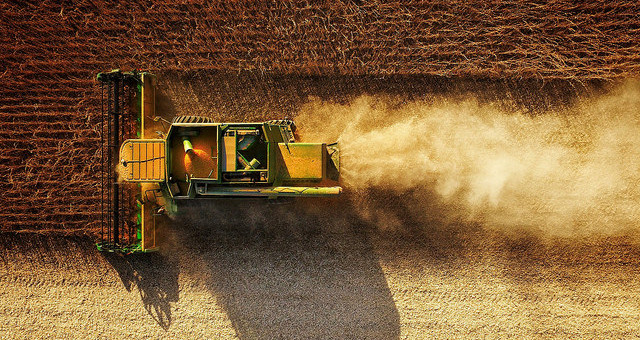 INDIANAPOLIS — On Jan. 15, the United States and China reached a phase one trade agreement, which was formally signed by President Donald Trump and Chinese Vice Premier Liu He.

“During my economic development trip to China in September, numerous government officials expressed a desire to secure a trade deal and President Trump has delivered. This is a great first step, especially for our Hoosier farmers,” said Indiana Governor Eric Holcomb. “We look forward to a continued mutually productive relationship with China, one of Indiana’s largest international partners.”

According to a fact sheet from the U.S. Trade Representative’s Office, this phase one agreement focuses on intellectual property, technology transfer, agriculture, financial services along with currency and foreign exchange. This agreement also includes a commitment by China that it will make substantial purchases of U.S. goods and services in the coming years.

“The trade deal made today in our nation’s capital will have a significant impact on our country as a whole and specifically, right here in our Hoosier state,” said Lt. Governor Suzanne Crouch, Secretary of Agricultural and Rural Development. “With China being one of Indiana’s top five trading partners, we are certain this deal will strengthen Indiana’s economy and provide an even greater boost to our farmers and the agriculture industry.”

Agriculture highlights of the trade agreement include:

“It was an honor to be invited and watch the signing of this historic deal,” Kettler said. “We are excited to further develop our relationship with China and are looking forward to the positive impact this will have on Indiana agriculture now, and in the future.”

In 2017, Indiana shipped $4.6 billion in domestic agriculture products abroad, making Indiana the country’s eighth largest agricultural exporting state. In addition to agriculture commodities, China is one of Indiana’s top export markets for hardwoods, over $55.3 million was exported in 2017. China is a crucial trading partner to the U.S., according to the USDA soybean exports to China totaled 9.4 million tons last year.

The trade deal, which has been widely celebrated by the agriculture industry, is the first phase of a comprehensive agreement that will be negotiated with China, according to the Trump administration.

Click here for information from Office of the United States Trade Representative, which includes key commodities and elements of the U.S. – China Trade Agreement.