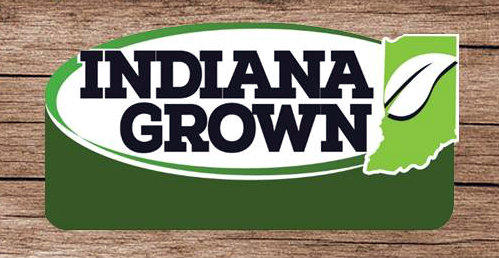 Indiana Grown has reached an exciting milestone as they celebrate five years of supporting Indiana agriculture. The initiative officially launched on July 7, 2015, and has continued to grow each year in both membership numbers and consumer awareness. (Courtesy Logo)

INDIANAPOLIS — Indiana Grown has reached an exciting milestone as they celebrate five years of supporting Indiana agriculture. The initiative officially launched on July 7, 2015, and has continued to grow each year in both membership numbers and consumer awareness.

The program is housed within the Indiana State Department of Agriculture and offers free resources to farms and businesses who grow, raise, produce or process an agriculture item in the state of Indiana. Members range from traditional row crop farmers to wineries to artisans to value-added food producers.

“My frequent travels around the state are never complete without a stop at an Indiana Grown member business,” said Lt. Governor Suzanne Crouch. “Their over 1,600 members represent the wide variety of products and agritourism destinations that Indiana has to offer.”

Indiana Grown boasts a large roster of partners who have helped make some of their most exciting accomplishments possible, such as plans for a first-of-its-kind retail dining destination at the Indianapolis International Airport. Indiana Grown has also partnered with the Indiana State Department of Health and Purdue Extension to develop Indiana Grown for Schools and a Buyer’s Guide listing producers across the state who are interested in selling to schools. Eskenazi Health helped pave the way for more locally sourced options in hospitals and institutions, while retailers like Target and Kroger made local products more readily available to consumers by adding them to their grocery store shelves.

The program has also become well-known for their annual events where members can share their story and sell directly to the public. Monumental Marketplace has had three successful years on Monument Circle and the Indiana Grown Marketplace is a popular destination every summer during the Indiana State Fair. Indiana Grown Day at the Statehouse is held each year and provides an opportunity for members to network with legislators and amongst themselves.

“My time with Indiana Grown has been truly rewarding,” said Indiana Grown Program Director Heather Tallman. “More important than these high impact projects are the ripple effects each one has created for our members and partners.”

Many exciting projects lie ahead for Indiana Grown as they continue adding nearly one new member per day to their program. View the complete timeline of their past five years and find more information at www.IndianaGrown.org.