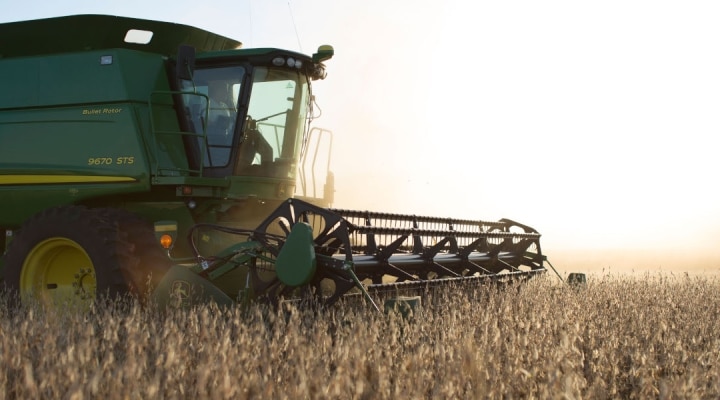 INDIANAPOLIS — Keeping rural communities thriving, even as more people migrate to suburban and urban centers, has always been a priority for Indiana Farm Bureau.

As the largest general farm organization in the state, INFB has a presence in all 92 counties, making it possible to assist farmers and others involved in agriculture where they live and work. Although, where Hoosiers live and work seems to have shifted in the past decade.

“The realization that we needed to refocus our efforts hit home when we saw the recent census data,” said Andy Tauer, executive director of public policy at INFB. “We know our members come from all areas of the state, but the majority come from rural areas. So, we’re trying to make sure that the resources and businesses located in those rural areas don’t suffer because of loss of population.”

In December of 2021, INFB hired Colette Childress, previously from the Indiana Office of Community and Rural Affairs (OCRA), to be a local government policy advisor. Since then, she’s been able to visit 32 counties in her role to help INFB members engage more in their communities and work with local governments to improve the quality of life in those areas.

“I’ve heard the saying before that ‘If you’ve seen one Indiana community, you’ve seen one Indiana community.’ Every town, city and local government is different, so I’m working to engage those communities beyond just farming,” said Childress. “INFB members are more than just people on tractors. They’re leaders in their communities. By using INFB’s clout to help get things done at a local level, we’re setting the groundwork and foundation to really make a difference.”

In fact, that groundwork was set as a strategic initiative for the organization this past year to engage in infrastructure projects around the state. Whether that includes writing a letter of opposition to a proposed road project that would take away precious farmland, lobbying on a county’s behalf to get a drinking water project funded, or speaking in support of repairing a grain bin at a county board of zoning appeals, INFB has shown up to advocate for members in whatever way they needed.

Recently, members in Sullivan County have taken advantage of an opportunity for the city to apply for funding for a new fire station for their community. A local farmer there explained that if a fire broke out today, he could lose everything in a matter of minutes. With the grant they are seeking, it requires letters of support stating the public need for something like this, so Sullivan County Farm Bureau is preparing a letter to help support the needs of their community.

When a meat processing company wanted to purchase a vacant facility in Adams County, at first the Decatur City Council shot it down. INFB public policy team, field staff and Adams County Farm Bureau went to work to help inform the community about meat processing, engaged with the business to host tours of the facility and spoke in support of the project at multiple public meetings. Ultimately, those actions shifted support and helped move it through the approval process. This will be the first industrial development started in the city in 25 years, providing a big boost to the local economy.

“Keeping rural Indiana viable requires local residents to get more involved in solving local problems,” added Childress. “Sometimes all it takes is an idea or a meeting with the right people to set progress in motion.”

“Colette helped us surface issues in our area that were helpful and catalyzed things that we would have not been able to accomplish on our own,” said Virgil Bremer, Rush County Farm Bureau president. “She’s great to bounce ideas off. Having experience at OCRA, she really understands the funding process and how to solve local issues with funding gaps.”

Since the pandemic, people have learned that they can work or attend school from anywhere. As a result, broadband access has become a huge pain point for rural communities because they’re losing people to areas that have better internet access.

“We are currently working on a rural broadband initiative in Henry County that would bring several different players to the table to create a broadband task force,” said Lis McDonnell, Henry County Farm Bureau president. “By providing trusted policy advice to our members and setting up meetings that we wouldn’t have been able to, INFB has fostered some key connections for us on the local, state and national levels that will really help improve our community in the long run.”

During the 2021 legislative session, INFB surveyed members around the state about broadband. The surveyed showed 97% of respondents said that access to reliable high-speed internet was important or extremely important to their future. INFB helped pass four different bills that session that addressed bringing better broadband access to the unserved and underserved in Indiana.

“Keeping rural communities viable has always been an INFB priority, we’re just being more intentional and putting more resources toward that effort now,” said Randy Kron, president of INFB. “We want to make sure our farmers are able to pass down their farms to the next generation. But that generation won’t be here if we don’t put in the effort at the local level now.”