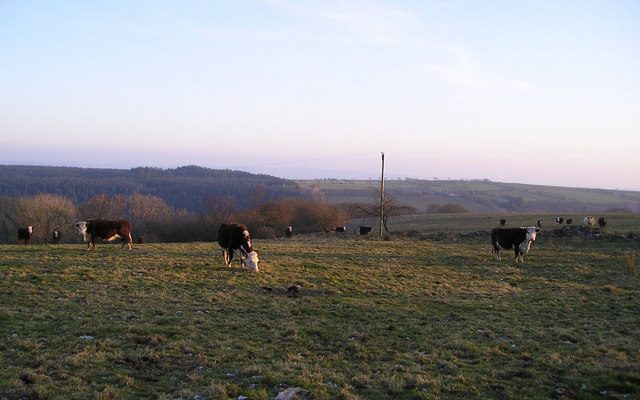 Because so few farms are certified organic, which requires a lengthy process and several inspections, organic produce fetches a much higher price over standard corn or soy. (Wikimedia Commons)

PENDLETON, Ind. (AP) — When John-Paul Franks returned home from college to run his family’s 140-acre grain farm, he wanted to find a way to modernize farming.

Along with upgrading his family’s machinery and using modern technology to get the most out of each acre, Franks decided to join the growing number of farms eschewing traditional pesticides, chemical fertilizers and dyes.

Oak Ridge Farms is on its way to becoming completely organic by next year, joining an industry that saw an 11 percent growth from 2014 to 2015 and sales of more than $43.3 billion, according to the 2016 analysis by the Organic Trade Association.

Though only about 1 percent of the nation’s farmland raises certified organic produce, including land for grazing, Franks said he believes organics are the future of farming. And in late August, he hosted an event to show traditional farmers what it takes to be organic, and dash the myth that farming organic means losing out on high yields or predictable returns.

For Franks, it all goes back to taking care of soil first, instead of using pesticides to sterilize the dirt and injecting loads of nitrogen and chemicals into plants. That’s something Franks said he learned from longtime farmer John Martin, of Williamsburg, who’s been farming organically for more than 30 years and routinely grows 200 bushels per acre of organic corn.

“The difference between organics and traditional is a pretty big spread,” Martin said. “Once you get the soil right, it doesn’t take much to keep it maintained.”

For Martin, farming organic is a lifestyle that means researching and cataloging daily what he spreads on his crops.

He cautioned traditional farmers, who he says hurt the land by first killing everything on it, and then adding just enough nutrients to a field to grow one or two crops in a year; then starting over again the next season.

Instead, organic farming means spending four or five years perfecting soil health, ensuring the land will remain fertile for generations. This can be hard for many farmers, Martin said, because instead of owning land, they rent it and don’t know whether they will be farming the same fields year-over-year.

“Once soil is worn out, it can be almost impossible to get it back,” Martin said.

Though a farmer can miss out on a few years of crops as they work to balance their soil, the payoff is massive, he said.

Because so few farms are certified organic, which requires a lengthy process and several inspections, organic produce fetches a much higher price over standard corn or soy.

“There is an opportunity here to bring our yields sky high. Even traditional farmers, if their soil was balanced, the sky is the limit,” Martin said.

Charles Rinehart, who farms in Madison County, said he switched to organics after his wife got sick.

“The doctor said she had lung trouble and it was likely because of everything we were putting on the fields,” Rinehart said.

“I just didn’t like the way I was farming before,” he said.

Rinehart began the transition in 2012, and became certified in 2014. He said it takes science to get the soil right, but now he’s adding much less to his land and he isn’t worried about health effects.

Jack Gardner said he too switched to organics.

“I didn’t want to work for John Deer or Monsanto. That’s what I feel like a lot of farmers are doing now,” he said.

What’s most important for Gardner is shattering the myth that making the switch means drastically reducing yield.

“The old myth was I didn’t want to grow 40 bushels per acre of corn,” he said. “That’s not the truth anymore. The only reason people aren’t trying to get in it is because it takes time, and it takes years before you will be able to plant your first organic crop.”