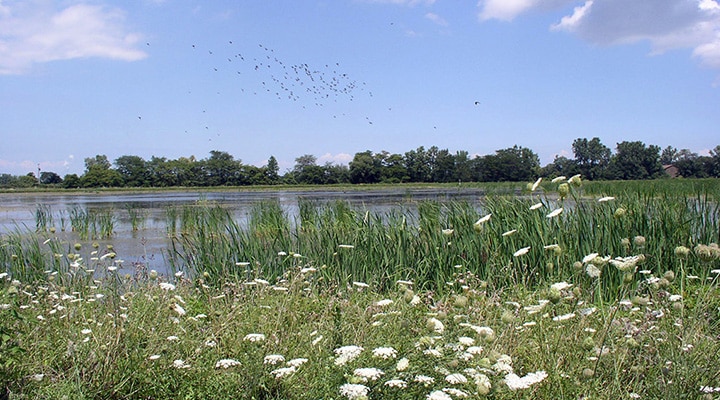 The Indiana Conservation Reserve Enhancement Program (CREP) announced June 8 it was awarded a grant totaling $500,000. These dollars will be used to increase the number of soil conservation practices in Indiana and improve water quality in watersheds located across the state.

INDIANAPOLIS — The Indiana Conservation Reserve Enhancement Program (CREP) announced June 8 it was awarded a grant totaling $500,000. This funding was provided from a legal settlement that was stewarded in part by the Indiana Wildlife Federation. These dollars will be used to increase the number of soil conservation practices in Indiana and improve water quality in watersheds located across the state.

CREP is a partnership between the United States Department of Agriculture Farm Service Agency and the Indiana State Department of Agriculture. The program seeks to reduce pollution and improve water quality by creating buffers and wetlands that will reduce high nonpoint source pollution from sediment, nutrient, pesticide and herbicide losses from agricultural runoff into the targeted watersheds near the Wabash and White Rivers. Participants remove cropland from agricultural production and convert the land to native grasses, trees and other vegetation, which remain in place for at least 14 years. Installing buffer practices and wetlands can also enhance habitat for wildlife, including state and federally listed threatened and endangered species.

In the last several years, there has been a high interest by landowners and a tremendous amount of enrollments in the CREP program, which has resulted in demand exceeding available funding. This demand will continue to increase as participants continue to enroll land into the program. In order to cover this demand, ISDA applied for grant support in the amount of $500,000 from the American Electric Power Mitigation Money Fund, a fund of the Central Indiana Community Foundation. Additionally, this $500,000 support will leverage over $3.5 million of federal USDA dollars that will go to landowners to make improvements.

“This funding will go a long way in helping to implement conservation practices such as filter strips, wetland restorations and bottomland timber plantings which will reduce pollution and improve water quality,” said Julie Harrold, the ISDA CREP Program Manager.  “We are very grateful for this support toward the CREP program.”

Emily Wood, Executive Director of the Indiana Wildlife Federation, is thrilled to see more producers and land owners benefit from the CREP program.

“We were excited to award to the CREP program because it aligned so well with the goals of settlement and ISDA’s goals of targeting some of Indiana’s most impaired watersheds,” said Wood. “Supporting the CREP program incorporates long-term pollution reduction strategies, exceptional gains in wildlife habitat and the over-arching benefit of supporting our Hoosier farming communities.”

The funds provided come from American Electric Power (AEP), I&M’s parent company, under a legal settlement with the U.S. Environmental Protection Agency, eight states and 13 citizens groups. The settlement included an agreement by AEP to invest $3.5 million to improve air quality and to reduce pollution in Indiana through various projects. The AEP settlement monies are being overseen by an oversight committee that includes Citizens Action Coalition, Clean Air Council and Indiana Wildlife Federation, with the Sierra Club as a non-voting member and Environmental Law & Policy Center as a non-voting legal advisor and facilitator. 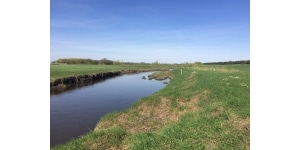 SPRINGFIELD, Ill. — The U.S. Department of Agriculture (USDA) and the State of Illinois are resuming a partnership through the Conservation Reserve Enhancement Program (CREP) to assist Illinois farmers, ranchers and agricultural landowners in improving water quality and conserving other natural resources. The Illinois CREP, offered by USDA and the Illinois Department of Natural Resources (IDNR), […] 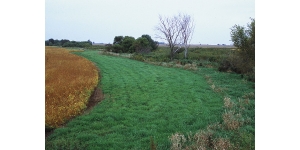 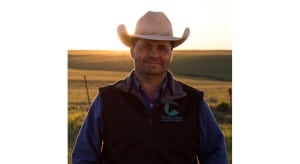 WASHINGTON — The U.S. Department of Agriculture (USDA) is leveraging its authorities under the Conservation Reserve Enhancement Program (CREP) to bring in new types of partners and ultimately expand opportunities in voluntary conservation for the Nation’s agricultural producers and private landowners. In direct response to feedback from state agencies, Tribes, non-profits and other groups, USDA has updated CREP’s rule regarding […]

Export update for the corn complex

Irrigation workshop to be held in Bismarck Dec. 8th
November 21, 2022