Home / Oregon / Increased dangers of pesticide use during hot and dry weather conditions
A new user experience is coming! We'll be asking you to login to your Morning Ag Clips account March 1st to access these new features.
We can't wait to share them with you! Read more here. 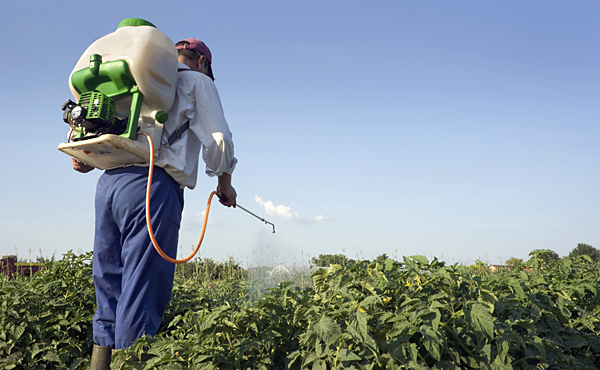 Pesticides applied during hot and dry conditions have a greater tendency to drift onto non-target areas, including someone else’s property or crops, bodies of water, people, and pets. Spray droplets evaporate at a higher rate during high temperatures and can change from larger-sized droplets to smaller droplets that are more prone to drift. (Wikimedia Commons)

SALEM, Ore. — While pesticides are valuable tools in helping increase yields and protecting crops, the Oregon Department of Agriculture reminds pesticide users that there are some important considerations during hot and dry weather conditions, including avoiding the off-target movement of pesticides. The use of these products comes with an equally important responsibility to use them wisely.

Follow all label instructions and be aware of upcoming changes in weather conditions. Pesticides applied during hot and dry conditions have a greater tendency to drift onto non-target areas, including someone else’s property or crops, bodies of water, people, and pets. Spray droplets evaporate at a higher rate during high temperatures and can change from larger-sized droplets to smaller droplets that are more prone to drift. Another common reason for the non-target movement of pesticides is volatilization, a process in which certain pesticide active ingredients vaporize during high temperatures. Volatilization can occur until well after an application has been completed.

Application of Pesticides During Drought: Impacts on Water

Pesticides typically enter waterways through runoff or drift. Because of reduced stream flows during drought conditions (less water volume), pesticide concentrations can increase in streams, even though the amount of pesticide(s) entering the stream does not increase. This can result in greater risk to aquatic species such as fish and the smaller organisms they depend on for food. Therefore, be aware of the importance of avoiding drift and avoiding applications immediately before significant rainfall events.

Many commonly used pesticides depend on moisture to be effective. In the absence of moisture, the desired effects of some pesticides are significantly reduced, making them less effective in controlling target pests. For instance, herbicides are most effective when weeds are actively growing, and the plant can absorb the active ingredient. Herbicides applied during drought lose effectiveness and result in non-target movement that affects other plants or negatively impacts nearby bodies of water, resulting in potential civil liabilities and environmental degradation.

Effects of Drought on Pesticide Breakdown

During application, pesticide residues may be deposited on soil surfaces and can break down through several mechanisms, including microbial breakdown and hydrolysis (reaction with water). Unfortunately, periods of drought foster conditions much less favorable to biological degradation, which is critical in the pesticide breakdown processes that help convert them to less toxic chemicals in the environment. Thus, continued pesticide application during drought conditions can lead to a buildup of pesticides and greater environmental toxicity concerns.

Storage of Pesticides During High Temperatures

Higher temperatures can impact the chemistry of some pesticides. The pesticide label is the best guide to storage requirements for every product. Make sure to follow the label directions on storage. For additional information on storage, see the National Pesticide Information Center’s webpage. If you have additional product specific questions the manufacturer may be able to answer.

Remember: As an applicator, it is your responsibility to prevent drift. Not only could you be held liable for civil penalties and fines for label violations under state and federal pesticide laws, but you also could be found liable for damage to someone else’s crops.

Complying with the label helps you maximize the potential effectiveness of the pesticide while utilizing its safeguards to help minimize risks to the applicator, people, pets, and our natural resources.

Microscopic worms to the cranberry rescue