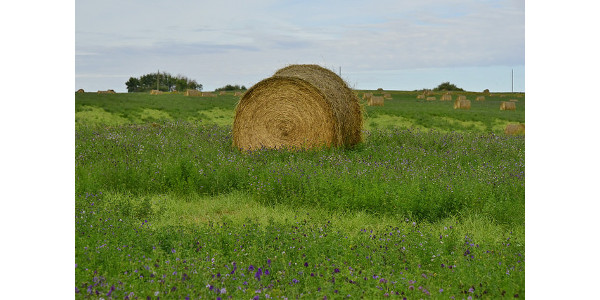 A 2015 state-wide survey of tissue sulfur levels found that 58 percent of alfalfa stands in northern regions of the Michigan were deficient in sulfur, according to Kaatz in 2016. More notably, 88 percent of northeast Michigan alfalfa fields were found to be sulfur deficient. Boron is a micronutrient used in relatively high quantities by alfalfa, and is commonly deficient on high pH, sandy loam soils such as those found in Northeast Lower Michigan, according to Wright, 1986.

A 2-year-old stand of alfalfa near Onaway, Michigan, was selected for this trial based on preliminary soil analysis showing sulfur and boron deficiency. The field consisted of Onaway fine sandy loam with 0-6 percent slope. Approximately 300 pounds per acre of 3-14-42 dry fertilizer was top-dressed across the entire trial area to address any possible NPK limitations. Plots 40 feet wide by 500 feet long, running east-west, were established at the site in early May of 2017.

These differences in nutrition status between treatments did not translate into significant differences in forage quality at first cutting. This is likely because the alfalfa was over-mature and damaged by alfalfa weevil prior to first cutting, making quality poor overall. However, Crude Protein (CP) and Relative Feed Value (RFV) were higher in the SUL4R-PLUS B+Z treatment at second cutting (Table 3). Unfortunately, it was not possible to run statistical analyses on second cutting forage quality data due to aggregate grab sampling (no replication).

Together, these data suggest SUL4R-PLUS products are capable of addressing sulfur, and possibly boron, deficiency in alfalfa to significantly increase forage yield, as well as net economic return to management. The addition of boron to gypsum has produced somewhat unexpected results in 2016 and 2017, suggesting a possible interaction between boron and the calcium or sulfur in gypsum.

Research has documented interactions between calcium, boron and sulfur in soil and plants (Karthikeyan and Shukla, 2008; Singaram and Prabha, 1997), including our previous work that showed reduced B uptake in soybean treated with high rates of gypsum. In this case, the boron in our SUL4R-PLUS B+Z treatment appeared to counteract the negative effect of added calcium on boron uptake by the alfalfa in the SUL4R-PLUS treatment.

The addition of boron to SUL4R-PLUS also appears to have a possible effect on the rate of sulfur uptake and utilization by alfalfa. In both 2016 and 2017, tissue S and first cutting yields were less in forage treated SUL4R-PLUS B compared to SUL4R-PLUS without boron. Yet in 2017, regrowth after first cutting in the boron treatment outpaced even the standard SUL4R-PLUS treatment, and forage quality was also better at second cutting where B was added.

We hypothesize that addition of B as a coating to the gypsum pellets may physically limit the availability of sulfur initially, but eventually the additional B appears to be important in counteracting reduced boron uptake caused by the large amount of calcium in gypsum, and may also interact synergistically with added sulfur to improve forage yield and quality mid-season.

The authors with to thank Charah, Inc. for supporting this research, and Jeff Kala for his time and energy in carrying out the study. 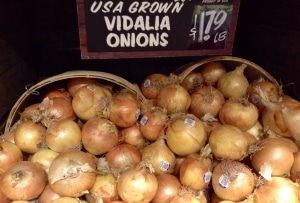 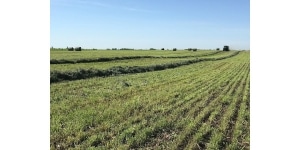