Home / National / In soil, high microbial fluctuation leads to more carbon emissions
A new user experience is coming! We'll be asking you to login to your Morning Ag Clips account March 1st to access these new features.
We can't wait to share them with you! Read more here. 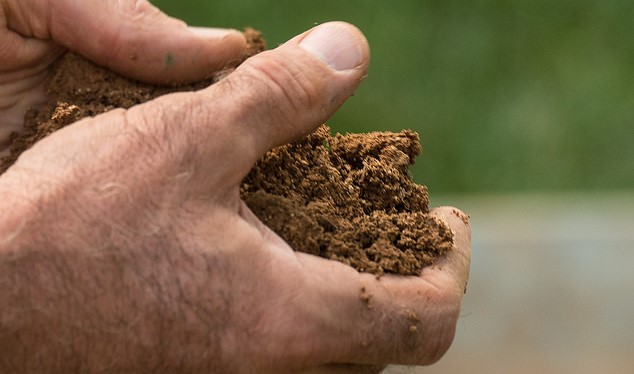 By keeping the microbial population at a constant average level, carbon emissions can be reduced.(U.S. Department of Agriculture, Flickr/Creative Commons)

SAN DIEGO — As humans, the weather where we live influences our energy consumption. In climates where weather shifts from hot summers to very cold winters, humans consume more energy since the body has to work harder to maintain temperature.

In much the same way, weather influences microbes such as bacteria and fungi in the soil. Seasonal fluctuations in soil temperature and moisture impact microbial activities that in turn impact soil carbon emissions and nutrient cycles.

Microbes consume carbon as the source of energy. As microbes increase in quantity and activities, they consume more carbon which results in more carbon emissions and vice versa.

In a modeling study published in Global Change Biology on May 10, San Diego State University ecologists found that this microbial seasonality has a significant impact on global carbon emissions and acts as a fundamental mechanism that regulates terrestrial-climate interactions and below ground soil biogeochemistry.

“When microbial colonies in the soil are in a productive phase, increasing in numbers and size, they will need more carbon to fuel their growth,” said Xiaofeng Xu, global change ecologist and lead author. “When we manipulated the quantities and activities of soil microbes in simulations and observed the reciprocal changes in soil carbon, we found that when seasonal variation was removed, microbial respiratory rates went down.”

By keeping the microbial population at a constant average level, carbon emissions can be reduced.

Stewards of the land could look at reducing fluctuation in soil microbial population by reducing tillage and other management practices in order to reduce soil carbon emissions, the researchers said. It can also help agricultural scientists and growers to sustain soil fertility

Using a microbial modeling framework — CLM-Microbe (Community Land Model) — developed in the Ecological Modeling and Integration Lab at SDSU where he studies how climate change impacts the terrestrial carbon cycle — Xu and colleagues deployed the model on an SDSU supercomputer to reach this conclusion.

“We know soil microbes drive carbon flux — the amount of carbon exchanged between land, ocean and atmosphere — by producing enzymes that impact carbon flux,” Xu said. “Soil carbon completes its cycle with the help of these microbes which have a hand in ultimate control of the carbon.”

“The model’s ability to simulate bacterial and fungal dynamics improves our understanding of the soil microbial community’s impact on the carbon cycle,” said Liyuan He, first author and doctoral student at SDSU.

The finding advances soil microbial ecology and shows the ecological significance of microbial seasonality and our understanding of soil carbon storage under changing climate conditions.

“This study demonstrates the need to incorporate microbial seasonality in earth system models so we can better predict climate-carbon interactions,” said Chun-Ta Lai, co-author and an ecosystem ecologist at SDSU.

Next, the researchers will explore microbial seasonality and its impact on global carbon balance, given the dynamics of land use change around the world.

Farmers at the heart of nation's solutions

Tyson raising pay to keep up as US chicken demand soars