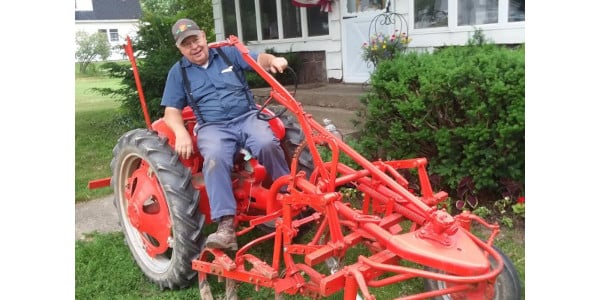 LANSING — Bill Wheeler, who spent more than three decades teaching FFA students in Webberville, died June 29, 2021, at his home following a bout with cancer. He was 82.

A model teacher, community member, and father figure, Wheeler left his ag mark wherever he went, especially in Webberville.

And he never said a bad word about anyone, said Burt Henry, industry relations manager for AgroExpo.

Wheeler mentored Henry when he was a college student in 1982-86. The two also served as board of directors for the Michigan Association of Agriscience Educators.

“Bill was the salt of the earth, the consummate professional,” said Henry. “He mentored so many young teachers over the years. I don’t even know that you can say enough about the man. Anything he could do to help someone out he was the first in line. He was perhaps one of the most respected ag teachers in the state of Michigan — by his students and his peers. The guy’s a legend.”

Wheeler is survived by his wife, Janice, sons Alan and David, daughter-in-law Jennifer, and grandchildren Alexis and Blain.

Many of Wheeler’s FFA students also looked up to him as an influential figure, including Lori Schrauben.

She said his teaching didn’t stop after FFA.

“He has been a mentor my whole life — and that is true for an unlimited number of people,” said Schrauben, regional manager for Michigan Farm Bureau’s West Region. “Specifically, from about age 14 when he tricked me into competing in an FFA Greenhand Public Speaking contest to present. He was still encouraging people until very recently, even from the hospital when he knew his time was near.”

“Over five decades, Bill Wheeler has shaped and taught generations,” said Colleen Scott Keiser, FFA and journalism advisor for Webberville High School. “He saw the good in everyone and inspired others to do the same. Although he ‘retired’ in 1997, he continued to volunteer, mentor, teach, lead, and care for the school and community.”

Keiser said it’s commonplace to refer to Wheeler as, “one of the greatest men I have ever known.”

“This is a statement of his character, commitment and passion,” she said. “We can honor his legacy by finding the good in others and sharing his passion for agriculture, community, and education.”

The Herrmann Funeral Home in Fowlerville is handling the arrangements.

Food labeling standards under review from USDA and FTC

GreenStone sees unprecedented land benchmark increases across the board
September 27, 2021