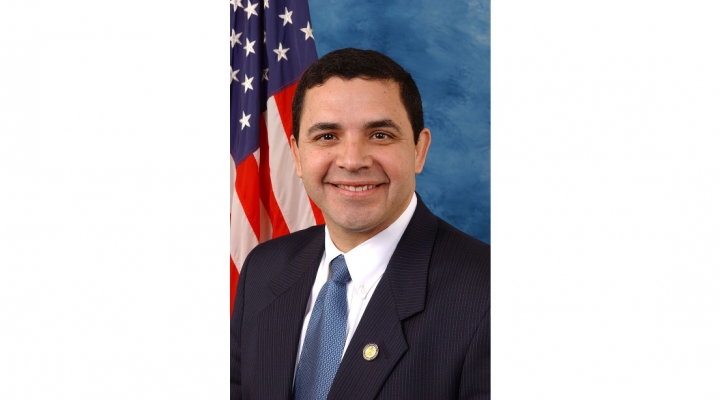 "Our current system of preventing food-borne illness at the border is effective; we implement high standards to protect the American food supply. The imports that pass through our southern border port cities safely feed Americans all over the country. However, it can be inefficient, leading to wasted food and financial losses for our businesses," stated Congressman Cuellar. (Public Domain)

AUSTIN — Congressman Henry Cuellar (TX-28) recently announced new measures for the Food & Drug Administration (FDA) and the Centers for Disease Control (CDC) to more efficiently fight disease and food-borne illnesses, including some border-specific efforts that could save businesses money and avoid wasted food.

When a truck carrying produce crosses the border, U.S. Department of Agriculture inspectors or certified Customs & Border Protection (CBP) agriculture inspectors inspect the contents. If they find a bug or something of concern that cannot be identified on-site as non-threatening, the inspector currently has send the bug to the FDA or CDC in Washington, DC for further testing. The truck is either held at the port, or sent on but unable to deliver the produce, until the testing has concluded in DC and the food is determined to be safe. In that time, agriculture shipments can spoil, costing businesses money and wasting food. More laboratory capacity at the border, especially on weekends and holidays, would speed this process.

Congressman Cuellar included language in the Omnibus Appropriations Act of 2017 directing the FDA to work with local governments at high-volume ports of entry, such as Laredo, to reduce the risk of food-borne illnesses. He directed the FDA to report on how pilot programs for public-private laboratory partnerships near high-volume ports of entry might increase capacity, especially on evenings and weekends, could reduce the risk of food-borne illnesses. He also directed the CDC to provide the Appropriations Committee with an update on their cross-border disease control efforts, including how they coordinate their programs with state and local public health departments in high-volume port cities.

“Our current system of preventing food-borne illness at the border is effective; we implement high standards to protect the American food supply. The imports that pass through our southern border port cities safely feed Americans all over the country. However, it can be inefficient, leading to wasted food and financial losses for our businesses. These directions to the FDA and CDC are to make our efforts even more efficient and effective, support the local health departments in port cities like those in my district, and continue to keep our families healthy and safe.”

“Foodborne disease prevention is a critically important. I appreciate Congressman Cuellar’s efforts to expand capacity and partner with local health authorities for food entry surveillance, enforcement and local laboratory testing to assure the safety of food passing through the US/Mexico Border and especially addressing illegal entry, which impacts not only local communities and local health departments but the nation.”

The CDC estimates 48 million people get sick from foodborne illness in the United States each year. However, there is no indication that food products entering the country from the southern border are any more or less likely to carry these illnesses than food produced domestically or entering from other locations.

International trade and ports of entry to Mexico are a major part of the economy in Congressman Cuellar’s district. His home town of Laredo has the third biggest port of entry in the country. Food products entering the United States through land ports of entry on the southern border already must meet rigorous health and safety standards.

The provisions are part of the Omnibus Appropriations Act of 2017, which passed the House of Representatives last month and which funds the federal government for the remainder of the 2017 fiscal year.

—The Office of Congressman Henry Cuellar